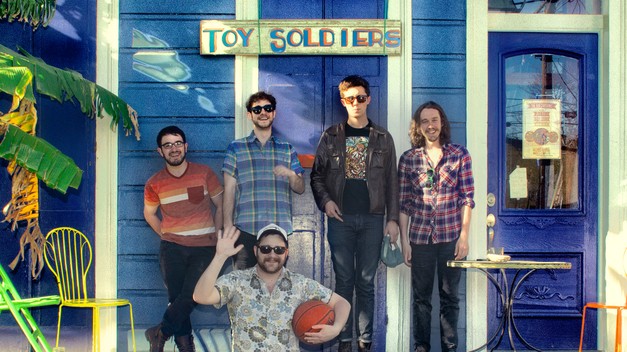 Local blues rock outfit Toy Soldiers are just days away from releasing their debut LP The Maybe Boys.  The five-piece rockabillies are gearing up for the release by sharing the album single “Red Dress,” now streaming over on A.V. Club.  As fans of Toy Soldiers likely know, they are an incredibly strong live band that loves crowd participation, and “Red Dress” is one of the crowd favorites (particularly when front man Ron Gallo sings “no you’re the one” in falsetto, which was thankfully preserved in the studio recording).  Take a listen to track on the A.V. Club website here and watch the band perform the song during their holiday Free At Noon from 2012 below.  Tickets and information for Toy Soldiers show at Johnny Brenda’s on September 13th can be found here.