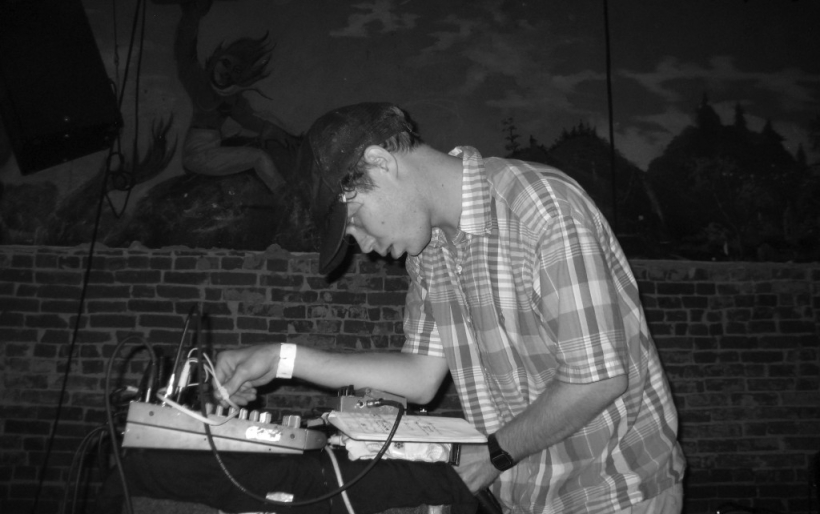 Local & DIY, the newly-formed booking group that curates the program of shows at the West Kensington Ministry on Norris Square, is bringing Eric Copeland to the space on September 21st. As a member of experimental thrash / noise group Black Dice, Copeland has explored the nuances of sound manipulation as opposed to song creation since 1997 and that trippy / funky element has crossed over into his solo recordings.  This year the Brooklyn musician released his sixth solo LP called Joke in the Hole, a jerky, cartoonish amalgamation of analog-sounding collages.  Listening to the album as a whole leaves the listener feeling a bit like Jimmy Stewart in Rear Window, if Spike Lee co-directed and if Stewart were looking in on the varied lives of his neighbors through a technicolored kaleidoscope that fragmented and pierced the everyday and familiar images.

Copeland will be joined by the local harp and synth collaboration of Lattimore / Zeigler Duo and Goodnight Stars Goodnight Air.  Tickets and information for the all-ages show can be found here; listen to “Babes in the Woods” of off Joke in the Hole below.