Unlocked: The Key's review of The Things We Think We're Missing by Balance and Composure - WXPN 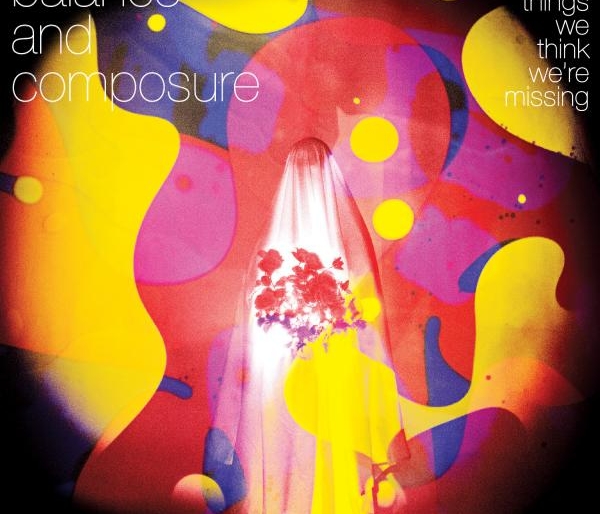 Unlocked: The Key’s review of The Things We Think We’re Missing by Balance and Composure

Whether it’s headspace, physical space or space in time, art thrives under certain types of pressures. For Doylestown-based punk rock quintet Balance and Composure, it took an ebb and flow of time and space to produce The Things We Think We’re Missing, the band’s sophomore effort which was released today via No Sleep Records. The result is an album that is truly the total package for alt rock lovers, or fans of heavy, intricate and emotional songwriting.

Balance burst onto the scene with screaming, guitar slashing brilliance in 2011 through their debut full-length Separation. They fit right alongside local punk, pop punk and hardcore bands who were coming up in national notoriety, but also bringing something uniquely different. The Things We Think We’re Missing finds the band two years later with the time, space, experience and willingness to make some remarkable changes.

If Separation is what the band has become known for, it’s The Things We Think We’re Missing for which Balance and Composure will truly be remembered. Songs about youthful anguish are replaced with feelings of regret or scorn. Rousing gang vocals are exchanged for resonate harmonies. Fast tracks in a pop-punk vein become sprawling alt-rock classics. Precision and the hope for perfection are thrown out in favor of a freer, spacey-ier form more indicative of a live set.

This time-induced founding of musical maturity, coupled with the time-crunch of an intense, two-week writing period in a cabin in the Poconos, provide an album with clear themes and emotions carried out through cohesive instrumentation. Listeners aren’t rapidly assaulted by song after song, but rather invited to listen to a story ready to unfold.

“Parachutes,” though reminiscent of Separation’s opener “Void” with a somber guitar lead-in, picks up quickly and provides loud, screaming intro to TTWTWM. Next is the charge through “Lost Your Name” and “Back Of Your Head,” which go so quickly despite moving well past the three-minute mark. The subtle instrumental immediacy carries them through, brought on by everything from sleigh bell accents over a head-banging chorus to singer Jon Simmons’ seamless vocal variation.

“Tiny Raindrop” begins the real meat of the record, where Simmons’ lyricism reveal versions of himself to be the album’s main cast of characters. The raspy singer’s voice shines on tracks like “Cut Me Open” and “Reflection,” as do other members of the band with killer bass lines or pounding drum parts. “I’m Swimming” is another catchy, stand-out track, as is the acoustic, reverb-soaked “Dirty Head.”

Those familiar with the pop punk scene Balance originated from can pick up on the moves the band has made to attract a larger audience. It’s a grab for timelessness, just like the Nirvana and Smashing Pumpkins records this album is being compared to. And like those records, this is one that will endure.

With The Things We Think We’re Missing, time and space – expanding, contracting – have allowed Balance and Composure to breathe life back into alternative rock.

The Things We Think We’re Missing is the featured album in this week’s edition of Unlocked. Download the single “Tiny Raindrop” in yesterday’s post, and check back later this week for an acoustic video, an interview and more.