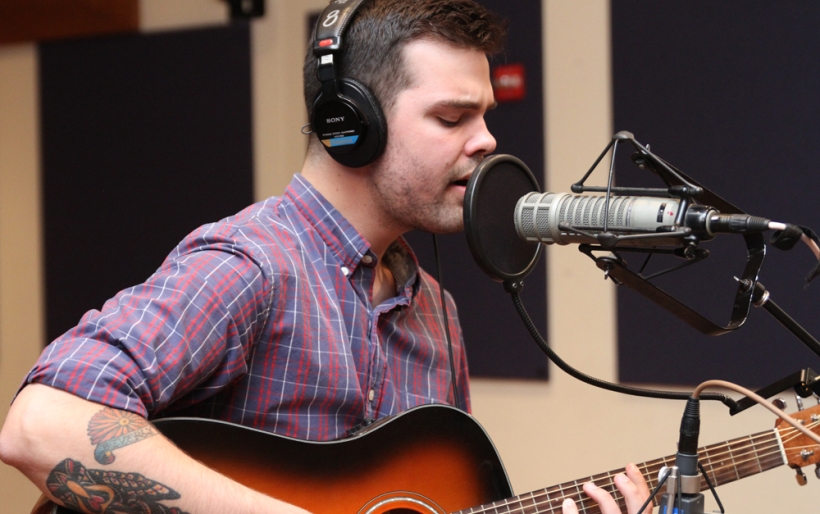 There can be no argument with the statement that The Things We Think We’re Missing – the sophomore release from local punk outfit Balance and Composure – is a hard rock album.

But in a genre and a scene where musicians are prided on showcasing their softer side (see artists like Into It. Over It. and Koji), Balance also opts to bring out a completely different element to the band with their acoustic performances.

Check out this video of lead vocalist Jon Simmons and guitarist Andy Slaymaker (the band’s only two Philly residents, the rest of the quintet lives in Doylestown) playing “Reflection” off of TTWTWM to see what we mean. Instrumentally, the pounding drums and layers of guitars may be stripped away, but it’s the emotion of Simmons’ vocals and Slaymaker’s harmonies that keep this version of the song heavy-hitting.

The band obviously thinks of their acoustic abilities as strengths – both The Things We Think We’re Missing and their 2011 debut Separation feature acoustic tracks. Balance even re-released acoustic versions of a few Separation jams in 2012.

Despite their versatility, Balance and Composure remains modest, and doesn’t think of themselves too seriously. No matter what type of set they play in what type of setting, you’ll most likely find band members cracking jokes and making fun of themselves, as is apparent from the b-roll for the video.

Watch the acoustic version of “Reflection” below, and be on the lookout for more tracks in Balance and Composure’s Key Studio Session, which will be released in early October.

The Things We Think We’re Missing is the featured album in this week’s edition of Unlocked. Download the single “Tiny Raindrop” in Monday’s post, read yesterday’s album review and check back later this week for an interview and more.