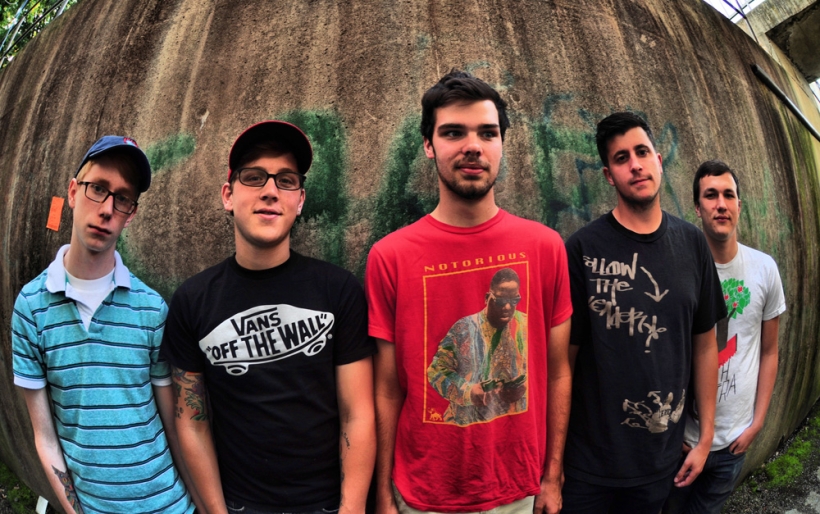 Unlocked: From Pop Punk to Pitchfork – A journey through Balance and Composure’s back catalogue

Having their sophomore album, The Things We Think We’re Missing, premiered on Pitchfork was both a cool and scary experience for the members of Doylestown-based rock band Balance and Composure.

“Scary because they rip apart everything,” says frontman Jon Simmons while still admitting he regularly reads reviews on the site. “If you read the little write-up, it’s not necessarily negative, but the first time I read it, the words he used, like “embarrassment,” and [how] he made a comment about my voice, it was just horrifying at first. But it was really cool to be on that website. … That’s where I read reviews and stuff because I’m also kind of a snob. I shouldn’t say I’m a snob,” he mutters under his breath. “But I’m picky.”

When listening through the band’s back catalogue, it is somewhat surprising that Pitchfork would go on to cover Balance because they started out with a very straight-up pop punk sound. It’s more the forte of music media outlets like Alternative Press or Philly-based Property of Zack than Pitchfork.

Whether you prefer the precision of a pop punk riff or being taken away by a melodic, indie rock-sounding swell, Balance and Composure has an array of great back tracks for picky alternative rock lovers to play on repeat – no matter where you read your reviews.

“You’re an adult and you’ve finally got your shit together … But then you hear the guitars on Balance and Composure’s “Reflection”, and they tear that whole shit down immediately,” opened Pitchfork’s review of the single “Reflection” from TTWTWM – an obvious reference to the song bringing about a feeling of teenaged angst.

If the reviewer thought this new song was heavy, he’s probably never heard “Kaleidoscope” off of the band’s split with Tiger’s Jaw. Crunchy guitars and feedback welcome you into the tune, followed by Simmons’ scream-o vocals. “Every time I turn the page, I see your goddamn ugly face” he sings later in the opening of the second verse. Yeah, that’s real anger.

“I Tore You Apart In My Head”

Another harsh and heavy hitter, “I Tore You Apart In My Head” is a middle track on Balance and Composure’s highly regarded debut LP, Separation. This and several other tracks on the album shows the band’s lean toward a more melodic sound, and an even more complex song structure. “I Tore You Apart In My Head” features an almost sing-songy cadence at certain points, and some excellent guitar work throughout. It’s unclear where versus and choruses begin and end, and a slow middle interlude built in before the two minute mark and an instrumental finish make this song a live favorite.

“Stonehands” is another a Separation track with several peaks and valleys, both structurally and emotionally. Probably the most intense track on the album, it’s also a go-to for the band to play acoustic. “Don’t say goodbye to me too fast/ even though I’m fast asleep” Simmons wails during the song’s opening line. These lyrics foreshadow feelings of regret and statements of self-deprecation that are also presented in Balance and Composure’s new album.

After the heaviness of a song like “Stonehands,” “Fade” helps lighten things up on Separation. It starts out sounding like surf rock, but features a rally of gang vocals and ends on an anthemic upsurge. It’s a stand-out not unlike “I’m Swimming” on The Things We Think We’re Missing.

Balance and Composure were silent on the new music front for about a year and a half until they released a split with Braid this past February. “Say” showed Simmons’ voice starting to evolve, as well as their new affinity for writing more straight-forward verse-and-chorus rock songs.