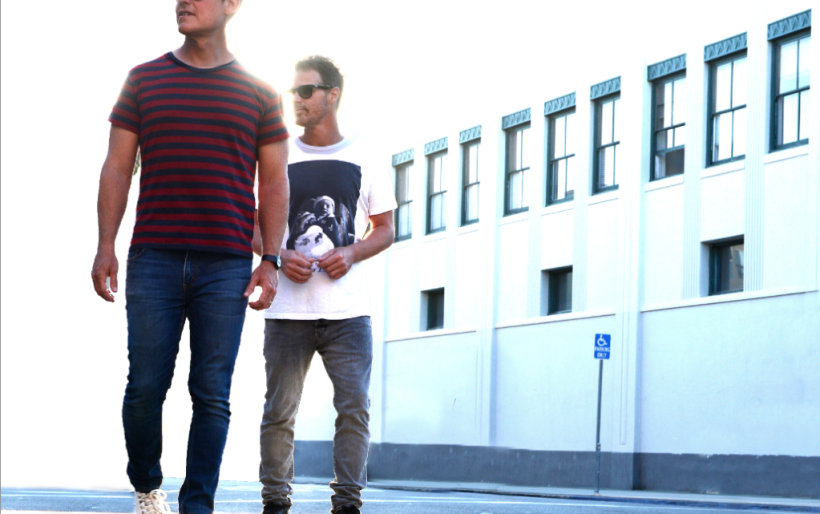 “More explosive than Explosions In The Sky.”

That is the line Kristian Dunn pulled out of my ramblings after turning the first question — Howwouldyoudescribeyoursound? — back on me. Enchanted by the description, Dunn – on the phone from a tour pit stop at Ben and Jerry’s Ice Cream HQ – went on to say that even though El Ten Eleven, an guitar-and-drum duo from LA, plays instruments, they are very influenced by electronic music.

Getting together in 2002 and debuting in 2003, the instrumental power house (Dunn on guitar and Tim Fogarty on drums) has been touring for a majority of its existance; seeing their start of headlining in 2012. Dunn reminisces about how the two got together telling me that he had been a part of many traditionally set up bands before, and simply did not like the democracy thinking he would be better at taking charge. After meeting in an attempted band of a mutual friend, Dunn decided to start his own project and knew he wanted Fogarty to be the drummer.

“He was the only person I knew that played electronic drums…” Dunn mentions and then goes on about the first band practice. Thinking that they would need a third person in the group, Fogarty introduced Dunn to a little tool called a looper pedal. Borrowing one from a friend, the two practiced again.

“[We] tried it out at band practice and our eyes just popped open, and we thought ‘Oh my god, maybe we could just do this just the two of us! How cool would that be, to just be a duo?’”

And here they are 11 years later with a feeling of vindication and six full length albums, with their most recent offering Transitions Remixed released last April. The original 2012 LP Transitions was inspired by life-changing events that occurred in both Dunn’s and Fogarty’s life. Dunn talked briefly about how both of them got divorced, and how Dunn got remarried and then had a child; all of which was channeled into the electronic lopped, pop beat riddled album and summed up in the opening track “Transitions.” “All of these things seem really jarring and tough, but then they end up being kinda good in the end. And that is what that song and kinda the whole record is about.”

Transitions Remixed, however, had a slightly different push for it.

“The remixed record is because we love electronic music… We find ourselves kinda wanting to be in that world a little bit more than the world we’re in.” Dunn spoke about how they remixed the original album to find their way to those people, and that world, and that audience that share the same type of desire and passion for the genre. Although the new album is a remixed of the old, Transitions Remixed is a complete reinvention of the original tracks finding a whole new influence and integrity behind the continuously looping and building melodies and riffs.

Already over a decade in the game and the power duo will continue to explore the world that their electronic music leads them to. For the time being, they will settle with a tour at the Ben and Jerry’s ice cream factory.