All photos by Allison Newbold | allynewbold.com

The act of producer Will Yip opening Conshohoken’s Studio 4 this weekend for a pair of intimate acoustic shows this weekend was like opening the door to his home, and he treated the audience like family.

Yip, known for his production work in the punk and alternative spheres with bands like Circa Survive, Balance and Composure, Title Fight and Tigers Jaw, put on the shows as part of his fundraising efforts to stake co-ownership of the studio, for which he also launched a webstore and will release a compilation album on October 8th. 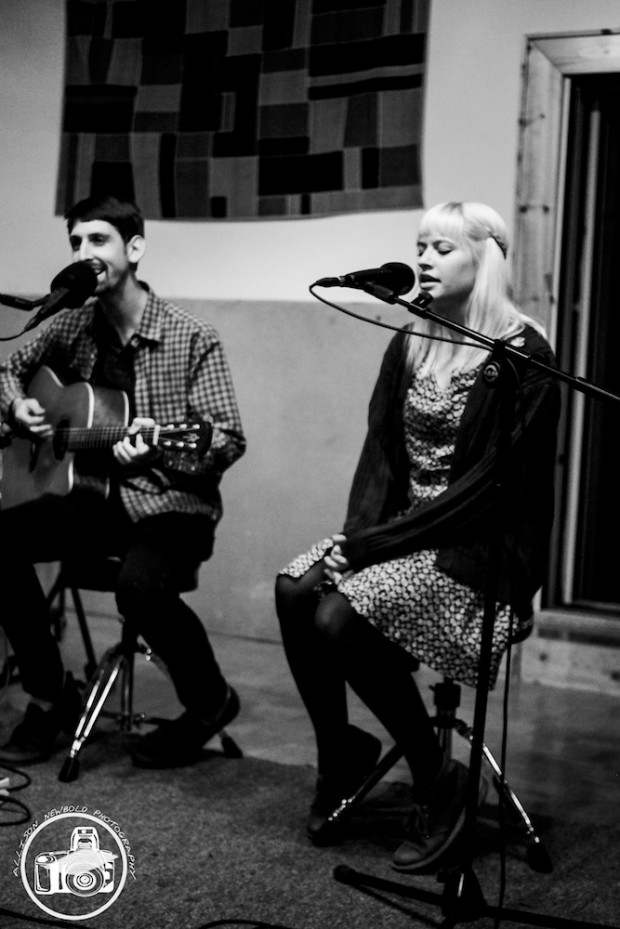 The Friday night audience were welcomed to 24 chairs set up in the studio’s live room and Off The Board: A Studio 4 Family Compilation playing as the house music. Yip invited guests to get comfortable, offering refreshments from the studio’s fridge saying “we’re all family here.” The tracking room acted as a green room for the night’s performers, which included Tigers Jaw’s Ben Walsh and Brianna Collins, and Circa Survive frontman Anthony Green as the headlining act.

Helping to greet guests was Grammy-winning producer and Studio 4 founder Phil Nicolo, who cracked jokes about Will and how clean the space was before settling in to run sound for the night.

“Thanks for supporting this and the process of making awesome music,” Yip said to the crowd before the show began.

“The best part of being here is that we get to have fun and we get to make music,” Nicolo added. “What a great job, you know?”

Walsh and Collins started off their set with “Home” and “Chemicals,” followed by “Nervous Kids,” which they said would appear on a new forthcoming record. The band covered Title Fight’s “Where Am I?” dedicating the song to a friend who had recently passed away.

“I’m sure by now you know Will is putting out a comp,” Walsh joked with the audience before playing “Carry You Over,” the song Tigers Jaw offered up for the compilation (listen to it here), and ending with another new tune.

Yip shuffled around, setting up mics and checking sound before Green’s set. Yip recently recorded Green’s third solo album, Young Legs, which is due out in November. 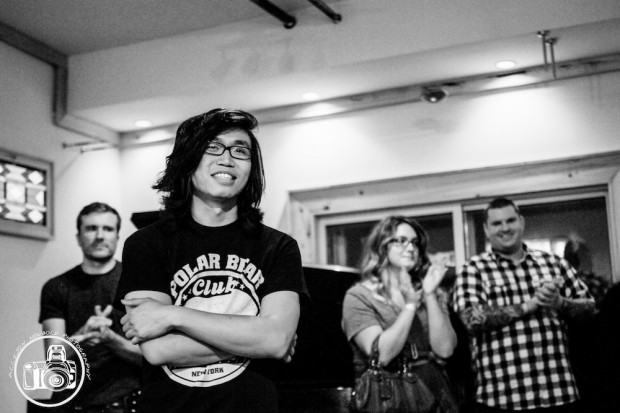 “I want everyone to turn around and look at this guy right here, Will Yip. He’s the reason everyone’s here,” said Green before starting his set, gaining applause from the audience. He added that the first time he set foot in Studio 4, he thought about how cool it would be to have a show in the space.

“I’m so glad we’re doing it,” Green said. “I’ve spent so many hours in here jamming, sweating and putting songs together.”

Green certainly didn’t hold back in front of the captivated audience, playing songs off Young Legs and running the gamut of older songs as fans sung along. He also threw in a cover of the Fleet Foxes’ “Someone You’d Admire,” needing a few moments to remember how to play the opening chords.

“You guys are so quiet, it’s mega weird,” he said of the intimate setting. “It’s like playing in my bedroom. I just got chills.”

Green thanks the audience for their undivided attention, calling the quiet the “utmost sign of respect.” He ended the set with “James,” while also sharing stories about his family and his son, for whom the song was written.

After extending an invitation to stay and hang out, or even join him for after-party bowling, Yip ended the show and thanked everyone for their support.

It was a great night for all to feel like a part of the Studio 4 family, in the place they call home.