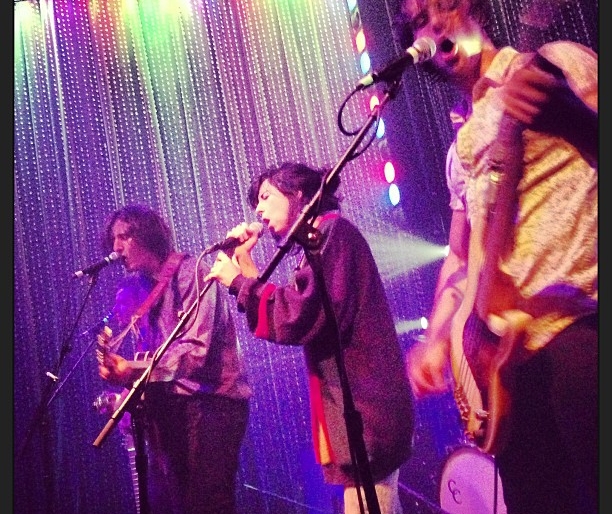 Dubin indie faves Little Green Cars made their second Philadelphia stop of the year last night, headlining to a packed crowd at Johnny Brenda’s. Their live reworkings of the lushly arranged songs from their LP Absolute Zero were great – “River Song” was intense and soaring, “Big Red Dragon” and “The John Wayne” drummed up a full-room singalong, “The Consequences Of Not Sleeping” was performed a cappella and off-mic in the middle of the floor. But the highlight was easily the band’s cover of “Philadelphia” by Neil Young. “We don’t usually play this one,” said lead singer Stevie Appleby. “But since we’re here…” Watch the video below and listen to the crowd scream the first time the city’s name comes up in the lyrics.