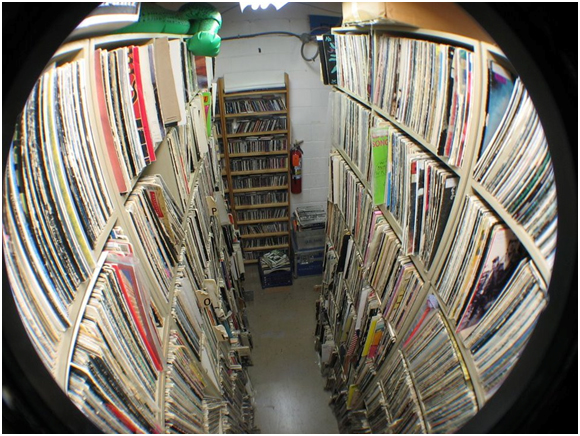 For fans of PhilaMOCA‘s music-and-film Tuesday Tune-Out series, any month with five Tuesdays is extra awesome, allowing the curators to stretch out for an additional week and dig that much deeper into their field of expertise. This October, the venue brought on the folks from WKDU, Drexel University’s non-commercial free-form student station, to curate the lineup, and it’s a fantastic cross-section of the city’s DIY music scene. I caught up with program director Maeve Walker over email to get a preview of what’s in store this month. All shows are all ages, begin at 7:30 p.m. and are $5 at the door. For this month, all films are TBA.

From Maeve:
WKDU is the biggest free-format, student-run radio station in Philadelphia. We play literally any kind of music that you don’t hear on regular radio, and we wanted to highlight that through our curation of PhilaMOCA’s Tuesday Tune Out. By choosing up-and-coming bands, currently popular, or old pros, it really shows the variety that we have here on the station. We are excited to show off bands that we regularly play, and let them experiment and shine in this excellent opportunity!

By Surprise has been a local favorite since 2006, and they aren’t planning on slowing down any time soon. The Jersey natives have been putting out music that rivals their inspirations, like Guided By Voices and Superchunk, both of which get a good amount of airplay from us as well. They make infectiously good emo music. We included their music video for Criteria, off of their current eponymous EP.

We have a feeling their movie will really warp your mind!

Radiator Hospital has been gaining a lot of buzz lately. Sam, their lead singer, has the voice of an angel – his croons will make you cry. Seeing Sam play acoustically sweetens the deal, with his voice as the true star of the show.

Modern Baseball has skyrocketed to fame in just a few short years. Signed to Run for Cover Records, the group is cut from the same Drexel cloth as WKDU. Modern Baseball plays music for and about teenage life – heartbreak, talking to girls, nerdiness, and Twitter; essential emo at it’s finest. As they continue to grow towards well-deserved fame, we’ll be supporting them every step of the way! Their video for The Weekend was shot at their show house in 2013.

We hear their film choice will be “out of this world!”

Less than a year old, Pocket is certainly making a name for themselves around Philly. This four-piece makes poppy emo music that sounds like seasoned vets. We love playing new local bands on the station, and Pocket has definitely gotten some good play! They are working on a new EP, some of which you’ll hear at the show.

Check out some of Pocket’s music below (they are so new, they don’t have any videos yet – that will change after this show!)

Out of the ashes of One Win Choice, Address has been growing into a very popular local punk band. They’ve been playing countless shows lately in the Philly area, and we have been very impressed with what we’ve seen! This show is going to be very fun – the band is going to be playing original songs as well as a very special mini-cover set.

Psychic Teens get play by many different DJs on our station – from Punk Old Heads to young people new to the Philadelphia music scene. They are no strangers to WKDU – recently, they performed a “station takeover” where they played two live sets with their own playlist in between. They jumped at the chance to play their heavy sound as part of our Tuesday Tune Out! We have a feeling they are going to “score” with their film selection – you will absolutely want to be at this show!