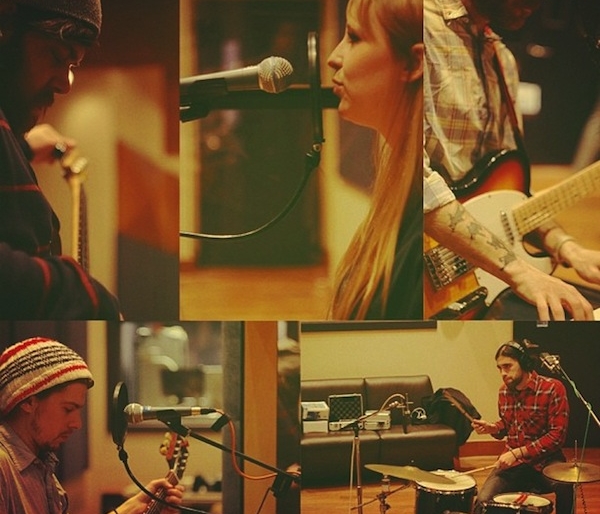 We’ve had our eye on the Bucks County-bred eclectic rock outfit The Lawsuits for a while now, but the new Cool Cool Cool, released earlier this month shows what the band is truly capable of.

For the longest time, it got saddled with the alt-Americana tag – partly because of the rollicking country sound of their debut EP Hot Love, partly because of the scene it emerged from. Songwriter Brian Dale Allen Strouse began blurring the lines on last year’s Numbers EP, which was a solid collection of dreamy / hazy folk. Taking things even further, the new album tears all the walls down. There are moments of glitzy 80s power pop, homages to The Beatles and Dylan, definite country / soul moments and a touch of the oldies.

We’re exploring the album all week on Unlocked, The Key’s regular spotlight on new and significant releases from Philadelphia area artists. Tomorrow we’ll have an album review, Wednesday we’ll get the story behind their recent “Love Is Weight” video, Thursday we sit down in the band’s practice space for an interview. And Friday we’ll have even more as the band prepares to celebrate the release of Cool Cool Coolat Johnny Brenda’s.

Today, it’s a free mp3 of “Dreaming #26,” a breezy song previously premiered on Rolling Stone that speaks gently of a love for creativity, of writing, of art in general. Dig the jazzy clarinet and bib-bopping harmonies, the snappy drums and warm and whispering lead vocals; this is just some of the band has in store. Check it out below.