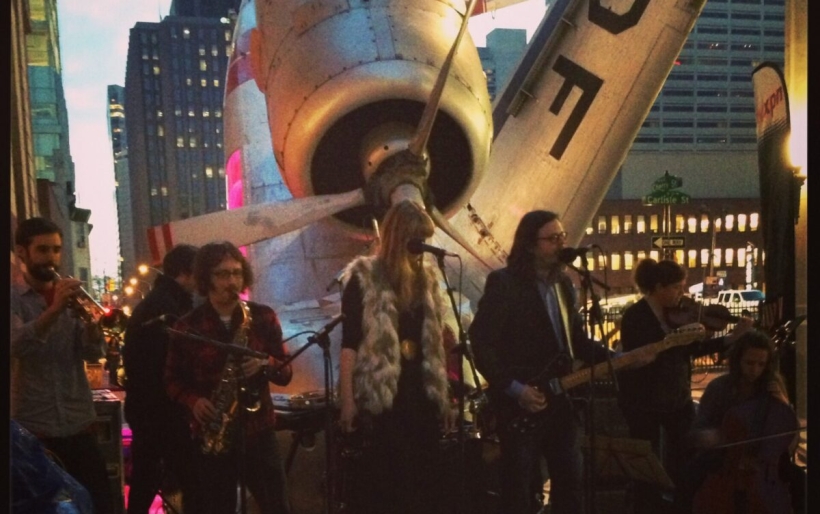 Tomorrow night at Johnny Brenda’s, Philly’s Joey Sweeney celebrates the release of his new solo LP, Long Hair, which is out October 29th via the Delaware Water Gap label La Societe Expeditionaire and BITBY. It probably goes without saying that Sweeney is a longtime fixture in the Philly music scene, from his days as a staff writer for the Philly Weekly and bandleader for The Trouble With Sweeney in the 00s, continuing as an advocate for local culture on city blog Philebrity, to rocking the hell out with Arctic Splash, his other currently-active project.

Long Hair is the fruit of many musicians’ labor – from Lushlife’s Raj Haldar, who worked on string arrangements and played Arp synthesizer, to vocalist Lily Cope and ubiquitous trumpet player John Pettit. (XPN director of engineeri g Jared Styles plays bass in the band as well.) It’s an orchestrated and lush pop-rock record, and the ten-piece crew that performs it – the Long Hair Arkestra – is a solid crew.

Back in April, Sweeney and his band played their first-ever gig on a stage beneath the illuminated fighter plane that just out of Lenfest Plaza at PAFA. It was for our Key Studio Sessions Live series, it was recorded for posterity, and today we bring you the set in its entirety. Listen to it below, and get tickets and information on tomorrow night’s 21+ show at Johnny Brenda’s here.