Get to know Philly producer / MC Reek, listen to his Halloween track with Reef the Lost Cauze, Freeway and Tiani Victoria - WXPN 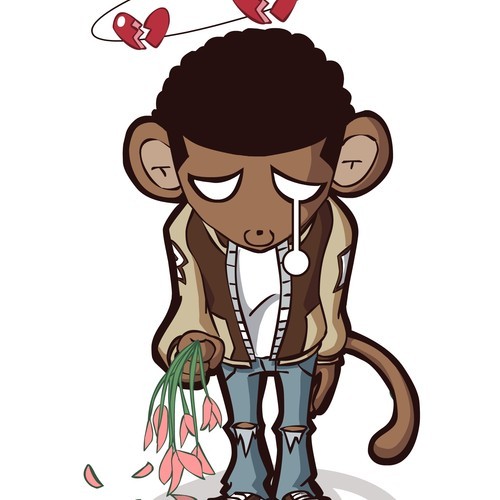 Get to know Philly producer / MC Reek, listen to his Halloween track with Reef the Lost Cauze, Freeway and Tiani Victoria

Philly producer and MC Reek caught our attention a couple weeks back with the single and music video “Cloud 9.” The song, in his own words, “tells the tale of perseverance and triumph in the midst of chaos” through a slick soul backing track and a sharply-directed music video about a successful hiphop DJ who looks to make positive change in his world.

Today, Reek premiered another new track, and this one is decidedly more sinister – but hey, it’s Halloween after all! Joining Reek on “Nightmare” are Philly underground rap luminaries Reef the Lost Cauze and Freeway, as well as Reek’s peer and friend Tiani Victoria (for whom he’s produced another track called “Gucci Bag“).

Intrigued, I caught up with him on the phone last week to find out more about how he got into producing and rapping. Read our interview below, but listen to “Nightmare” first. It’s freaky and ominous, but as you get into the song, it transcends the spooky holiday into dopeness free of season. Hopefully we’ll hear it on F.a.n.T.a.s.Y, the LP Reek hopes to drop next year.

The Key: What came first for you, production or being a rapper?

Reek: Being a rapper. I started rapping… I used to live in Souderton and I moved to Philadelphia in 4th grade and I met a guy who actually started teaching me about hip hop and all of these things that I wasn’t exposed to in Souderton. And I just slowly picked it up from him. So I’d say around 4th or 5th grade, maybe I think I was about ten.

TK: Were there any records or singles that were very influential for you? That made you say “That’s what I want to do?”

R: When I was younger and I used to listen to Mase and all those cats, all the Bad Boys, they were heavily influential on me. But I’d say about high school, like middle school to high school that’s when Kanye West first came out, and I started listening to him, and Outkast, and Andre 3000. They really defined me.

TK: How long have you been doing production work for other people in Philly?

TK: How did you make the transition from dabbling, like you said, into full on making beats for other rappers?

R: I struck up a relationship with a guy that I was recording with, a guy named Seige, when I was younger, and we had just got really close and I was learning from him, and he would just always say “Man, I’m gonna make a producer out of you.” That’s how he used to say it like at the ending of our sessions. I learned how to use an MPC, and then after that, I was like I can do this myself. That’s when Kanye was really big, cause I was listening to my mom listening to like old soul music and stuff like that. And I’d be like “Hey, that’s that Kanye track.” And that’s when I discovered what sampling was. So after that I just started going record shopping and buying records and looking for samples and whatnot. And then I just, I wanted to get more involved with the action of music. I started getting into learning the piano; wish I would have done that from the very beginning. And then I just started kinda getting good at it, and other people started listening. And I started working with other people.

TK: That’s awesome. So I liked the “Cloud 9” video, the part where the mom takes the kid to the record store and the kid buys the Ginger Baker record. Is that kind of how you approach things? You kind of go and just pick out a record and find out that “Oh my god, I can mine this for so many different things”?

R: Well when I first started off, I did just what the kid in the video did, just looked for like the dopest, most colorful cover. But as I started getting into it a little bit more I started recognizing certain musicians and certain producers. Like Dexter Wansel, I was a big fan of his work. So anything that had his name on it, I was like “Okay, this is good. Dexter did this.” I just know that there’s just something on it. There’s certain artists, their voices or whatever, or there’s certain musicians that they may have had just playing drums. Or, you know there’s just certain things you couldn’t make on here, like some crazy strings on it. Stuff like that.

TK: It’s interesting – cause like you’ve mentioned Kanye a couple times and he’s definitely somebody who’s done that too, he’s worked both the production end and the rapper end of it. Is there one that you prefer over the other?

R: As far as rapping and producing?

R: Yeah, I have such a love hate relationship with it. It’s like I’ll do a track and I’ll do the arrangement and I’ll produce it and everything and it turns out really good. And then I’m like “Yo that beat is so crazy” and it will take away from my rapping cause I put so much energy into the production aspect of it. But then other times, the rap comes out really good, just how I had it in my head, and I’ll be really happy. Sometimes I’ll listen to something that I did on someone else’s track and I’m like “Yo, why can’t I write like that more often?” It frees up space for me to be a better, well I won’t say better, but my writing is more potent when I don’t have to worry about the production aspect of it.

TK: Tell me about the people you’ve worked with. The “Nightmare” track has Freeway and Reef the Lost Cauze?

R: Yeah and Tiani Victoria, my home girl, I did some production work with her too. With Reef, I just reached out to him, you know I got his email from Twitter and I reached out. You know, I’m a real respectful kid, you know, I’m a young kid just trying to do it and Reef saw that – it was just really organic. And Free I just met, you know, he just started rapping for like all easy breezy. We had some mutual friends and I reached out to them and made it happen. I’m really excited about the track.

TK: All these tracks are leading up to a full-length, is that right?

R: Yes sir. The full-length LP. I’m hoping to have it out by January. I’ve been working on it really diligently for I’d say the last two years of my life. I really wanted to make something really special my city hasn’t seen from like a kid in the underground before. And you know, something to be proud of too. I’m just trying to bring something fresh to the table.