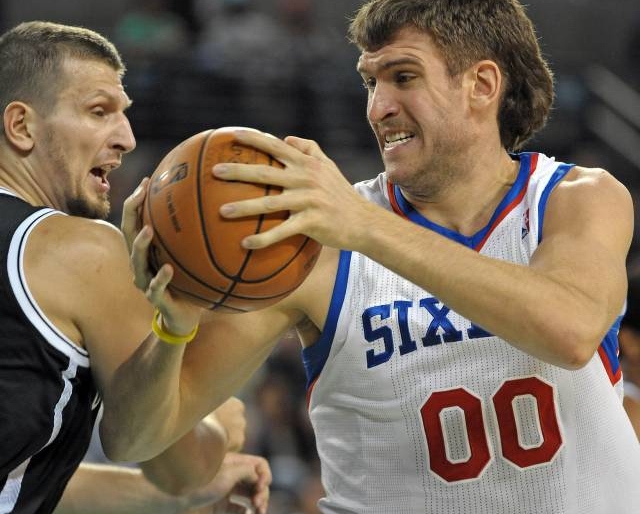 Top of the Key | The Art of the Tank: Controlling the Uncontrollable

That’s not how it was supposed to happen.

The Miami Heat were meant to come to Philadelphia and dismantle the 76ers in nothing more than a glorified scrimmage. The Heat are the repeat champs and Lebron James is by all accounts the greatest player in the world. The Sixers, on the other hand, are a collection of cast-offs and underachievers. They traded their only star in the off-season for an injured prospect and made headlines earlier this week by being projected by Vegas oddsmakers to win 16.5 games this year. Out of 82. I’m no mathematician but that’s not going to get us into the playoffs. What it will theoretically get us, though, is a lottery pick in next year’s historically loaded draft. ***Kids, take a moment to watch these highlights of Andrew Wiggins. Diagnosis: FILTHY.***

The Sixers are under new management and don’t have any interest in mediocrity. The plan is: suck really bad, load up in the draft (we have two other first round picks via trades), sign some free agents and make a run at the title. No more first round exits. And while you won’t hear the word tanking coming out of anyone’s mouth in the front office, the marketing campaign for this year’s squad is “Together We Build.” So I’m guessing “Bear With Us” was already taken? How about “Check Out Our T-Shirt Cannon?” Apparently everyone is on board for the 76ers full-scale renovation–except the players. Last night they stunned Miami (who were without co-star Dwayne Wade) and virtually every basketball writer in the universe. Rookie Michael Carter-Williams, whose shooting and ball handling skills have been called into question by pundits like Bill Simmons, led the team with the following stat line: 22 points, 12 assists, 9 steals (an NBA rookie first game record), 7 rebounds and only 1 turnover. That is an incredibly good first game for the 22 year old–if the game had gone to overtime we’d be talking about a rookie getting a quadruple double in his first game ever, against the defending champs. Borderline historic.  Evan Turner and Thad Young looked spry and smart. Spencer Hawes ran around and looked interested in playing basketball. Everyone hustled, got out in transition and created turnovers. The Heat were coming off a back to back and the Sixers jumped on them early, going up 19-0 and holding on with tenacity.

Now, let’s come back down to earth. There are 81 games left in the season, the majority of which the Sixers will probably lose. MCW will be exposed as inexperienced and his deficiencies exploited. Evan Turner will try, often in vain, to carry the Sixers as their primary scorer and secondary distributor. Spencer Hawes will probably give himself an ill-advised haircut and donate money to a Tea Party candidate. Thad Young will be the subject of trade rumors. Kwame Brown will sit on the bench and make 3 million dollars to be out of shape (how in the name of all that is holy does Kwame Brown still get paid to play basketball?)

But last night’s shocking win has to make us reevaluate the doom and gloom projections for this season, at least a little bit. Is it possible we have a Mighty Ducks/Bad News Bears/Major League/sports-cliche on our hands? Are the players pissed off that the front office is setting them up to be the laughing stock of the league? Does hearing Michael Wilbon and Tony Kornheiser debate whether Philadelphia is going to be the worst team of all time put a massive chip on their shoulder? What happens if that chip translates into team chemistry, and ultimately, a respectable amount of wins? This is not how it’s supposed to happen. The slogan is “Together We Suck and Draft Andrew Wiggins,” not “Together We Barely Miss he Playoffs and Are Forever Relegated to Basketball Purgatory.” 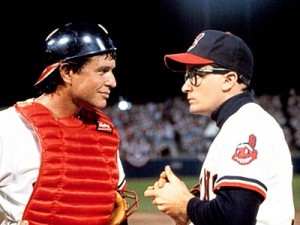 It will be fascinating to see what the Sixers’ brand new wunderkind General Manager Sam Hinkie will do if the team wins too much. At this point every player (except Michael Carter-Williams and the injured Nerlens Noel) is just auditioning for his next contract. Evan Turner, once the second overall pick in the NBA draft, will get every opportunity to show what kind of player he is–if he shines and puts up big numbers, don’t be shocked to see him shipped out the door for future considerations. Same thing for the stoic and productive Thaddeus Young. Extended minutes, inflated stats, maximized trade value and a ticket out the door. No one told Michael Carter-Williams or Evan Turner about this plan, how it’s supposed to happen. They have 81 more chances to stick it to the management, to his doubters, to Bill Simmons. To mess up our chance to grab Andrew Wiggins.

It’s going to be an interesting year.