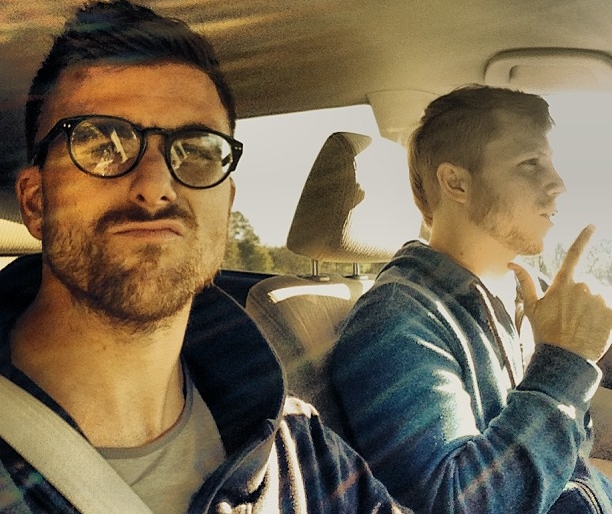 Anthony Green has always been open with fans. Everything from his personal struggles to his family life have been on display for supporters to know, appreciate and maybe even learn from.

Because of this, it made sense that the news of Green reentering the studio to record Young Legs, his third solo album officially released yesterday, didn’t break from some formal announcement or headline in a magazine or blog. It was through a series of his own tweets not even a month after Green was out on a lengthy tour with his band Circa Survive to support their album Violet Waves. Then he made a Young Legs Vine account, and used it to documented many different stages of the recording process.

For today’s video post of our Unlocked series, which will be highlighting Young Legs throughout week, let’s take a tour of the album – six seconds at a time – through Vines taken by Green and his collaborators.
Green gets literal when jamming to spacey opening track “Breaker” in the live room of Conshohocken’s Studio 4.

Listen close, and you’ll hear the first hints of these haunting string parts around the one-minute mark of the album’s title track.

Green turns the phone camera on himself to confirm his approval of the awesome rhythms and harmonies in “100 Steps.”

As Monday’s post would suggest, here is Good Old War’s Keith Goodwin banging out the opening chords of “I’ll Miss You” on the piano.

Producer Will Yip also showed how stoked he was on “I’ll Miss You” and the album as a whole posting this Vine, and writing, “Beyond excited with this. Gonna be incredible.”

Green later caught Yip rocking out to “Shine,” one of the closing tracks on the record.

Goodwin and Good Old War guitarist Dan Schwartz seem to be burning the midnight oil tracking strings on this Vine posted from their band’s account with the caption “#Irie #fresh #Trax.”

Even Circa Survive bassist Nick Beard stopped by the studio to wish Green well, capturing this awesome Vine of him recording vocals.

Check out the Young Legs Vine account for a few more studio videos interspersed between adorable ones taken of Green’s two children. He has been regularly updating his Instagram with pictures and videos from the road.

Young Legs is the featured album in this week’s edition of Unlocked. Download the song “I’ll Miss You” in Monday’s post, read yesterday’s album review, and look for an interview and more later this week.