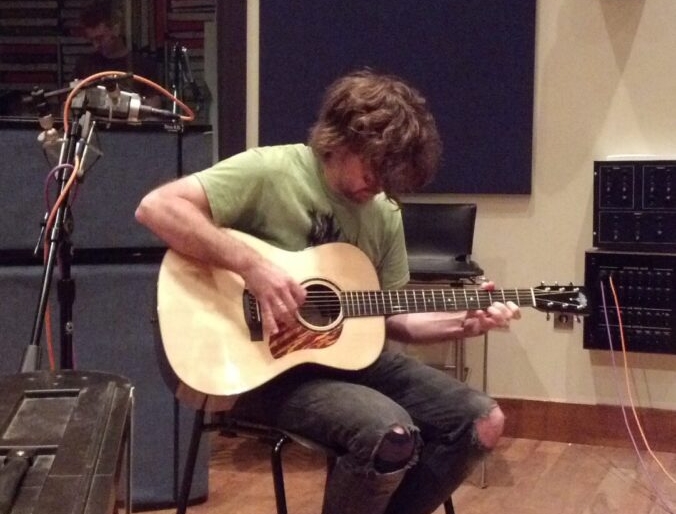 The first line of Philly guitarist Chris Forsyth‘s online bio really does it for me: “Chris Forsyth’s hypnotic compositions assimilate art-rock textures with vernacular American influences.” I mean, could I have dreamed of saying it any better? We last heard Forsyth in 2012 on Early Astral, a collaboration with Koen Holtkamp (of Mountains) and with his own Kenzo Deluxe, a heavy-duty album that showed off all the different things a guitar could do, from sonic textures, to deconstructionist blues, to melody-filled jam outs. Forsyth returns with a full backing group, the Solar Motel Band, for his brand new release appropriately titled Solar Motel. Solar Motel is divided into four long-form pieces of what Forsyth terms “cosmic Americana.” What that means, you’ll have to find out for yourself; attend the Solar Motel album release show FOR FREE at the Rotunda this Friday, November 15.

In honor of the release, we present a second Folkadelphia Session this week, a bonus audio treat for your ears. On August 22nd, before his collaborative improvsational set and subsequent show with Philly musicians Mary Lattimore and Jeff Zeigler, Forsyth tracked a few solo acoustic numbers for us. Put six strings in this guy’s hands and there is nothing he can’t and probably won’t do. For even deeper Forsyth exploration, listen to the Solar Motel Band’s recent Key Studio Session.