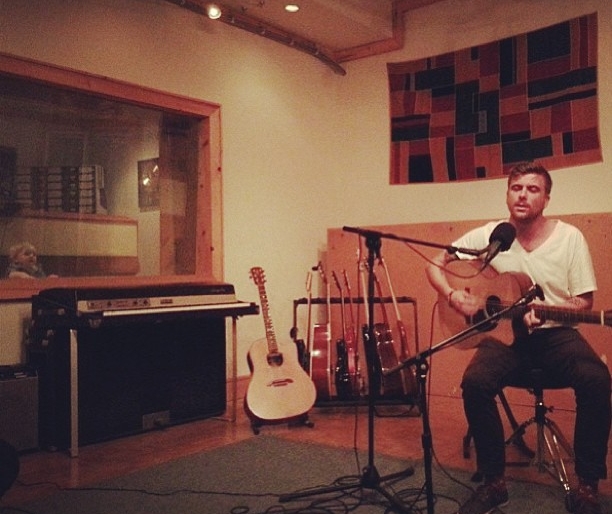 Whether he’s playing with Circa Survive, solo full-band or stripped-down acoustic, there’s no doubt that part of his popularity has been built by his ability to connect with the audience.

Another key factor for his fandom are his distinctive vocals. Hearing Green go into his high register is an experience in itself.

Here are five Anthony Green songs that, when witnessed in a live setting, are guaranteed to give you chills.

The chorus of this tune from Avalon is probably the best example of Green’s incomparable vocal abilities. And though the original instrumentation is great, seeing him belt out those notes with just a guitar in his hand is incredible.

On the other end of the spectrum, “Get Yours While You Can” is a great tune to see Green jam out to with Good Old War. Its bluesy rock-folk vibe such a fun thing to see coming from Green, who made a name for himself as more of a punk rocker before starting his solo career.

Even when Green performs with Circa, it’s not all screaming vocals and cool effects. There’s just something about “I Felt Free,” especially the acoustic version, that’s so real and raw. Seeing Green perform it seems to open up a little window to his soul.

Also soul-touching is anything involving Green and his kids. “James” is the track on Beautiful Things written for his 3-year-old son. Simple words and simple instrumentation for a simple feeling — love.

When I saw Green perform last week at Doylestown’s Siren Records, it was 17-month-old Luke who got a shout-out from dad before the band launched into “Anytime.” Several fans were already singing along even though the new track off of Young Legs hadn’t officially been released yet. It’ll probably be a new favorite amongst both family and fans on Green’s current tour, which comes to Union Transfer on December 14th.

Young Legs is the featured album in this week’s edition of Unlocked. Download the song “I’ll Miss You” in Monday’s post, read Tuesday’s album review, dig into Green’s Vine channel in Wednesday’s post, and read yesterday’s interview. And keep on the lookout for future installments of Unlocked from The Key.