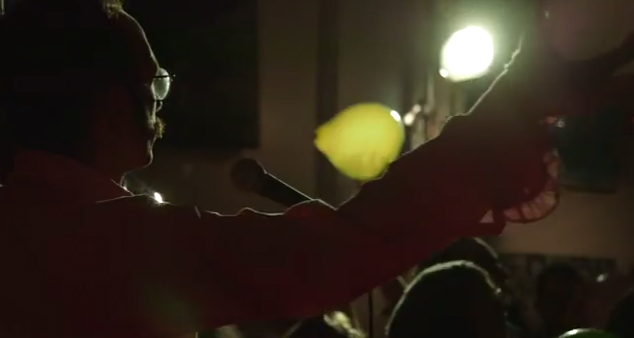 Eric Bresler, director of Philadelphia arts space PhilaMOCA, summed his philosophy up pretty nicely when we interviewed him in April. The former mausoleum turned venue in a neighborhood affectionately called Eraserhood is, quite neatly, “the center of weird.” So the fact that they’ve launched a new YouTube variety show that’s all about bizarre outlandishness couldn’t be more perfect.

Mausoleum Party debuted on the web late Sunday night, but was filmed back in September in something billed to the public as a “mystery event.” In its 30 minutes, you’ll see an appearance from Bigfoot, a question-and-answer with a sage advice-giver from outer space, and the most disturbingly awesome cover of Miley Cyrus’ “We Can’t Stop” you can imagine.

Watch the entire episode below, and check out a gallery of images from the taping shot by Key contributing photographer Laura Jane Brubaker. After the jump, check out an exceprt of the Miley cover by Ms. Teena Geist – believe me, if you watch nothing else, you’ll want to watch this – as well as an outtake from the show – an 11-year-old PhilaMOCA neighbor named Sean warming the show up with “your mom” jokes.

The next taping will be Friday, December 20th at 8 p.m. and features entertainment from comedy rock duo Thunderlips and the Ultimate Males; singer-songwriter Keyboard Cathy; and house musicians The Happy Birthday Jesus Band. So, yeah, it’s going to be pretty weird too. Details at the show’s Facebook event page. 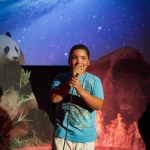 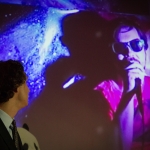 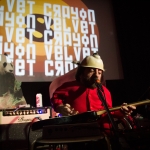 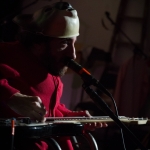 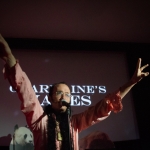 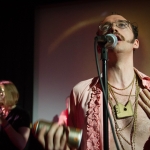 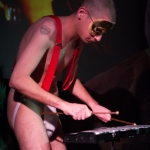 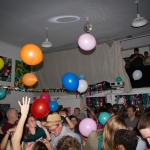 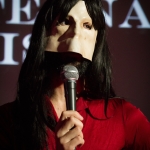 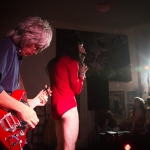