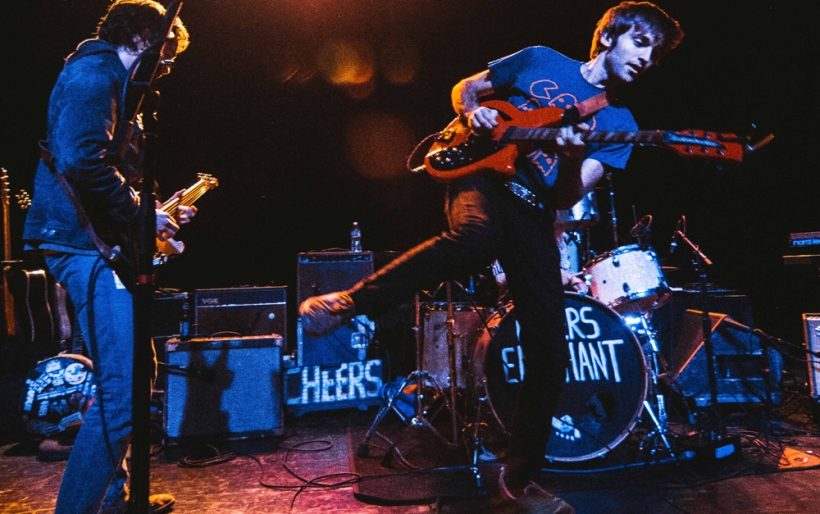 Listen to Cheers Elephant’s majestic cover of “Mountains” by Sparklehorse

Cheers Elephant are in the midst of a move across the continent to settle into their new home in L.A. (and their new deal with Red Light Management, announced on Monday) but the guys are keeping productive – and using their music for positive means outside of their immediate world.

Today they tweeted about their cover of “Mountains,” a song by Mark Linkous from the final Sparklehorse album, 2006’s Dreamt for Light Years in the Belly of a Mountain. It comes from an in-the-works charity tribute to Linkous, who tragically took his own life in 2010, organized by Box of Stars, a Port Richmond-based nonprofit working to combat the stigma of mental illness using music. This fall, Box of Stars is running an Indiegogo campaign to fund the compilation – which will also feature The Flaming Lips, Phantogram and Mercury Rev, in addition to locals Toy Soldiers and Last Full Measure – but it will also start a series of mental health awareness programs:

Our website and YouTube channel will serve as a repository of stories from musicians in the public eye, discussing mental health challenges they have dealt with themselves or in their personal or professional lives. (A big thanks to Eric Slick of Dr. Dog for being the first!) In this way, we can create a community where, through relating to other’s experiences, those who once found shame in their struggle can find strength and encouragement to get the help they need.

Information on Box of Stars campaign can be found here; listen to Cheers Elephant’s stunning rendition of “Mountains” at Soundcloud, and stream the original Sparklehorse version below.