"It's Kind of Like God has Died": Read David Dye's thoughts on the passing of Pete Seeger - WXPN | Vinyl At Heart 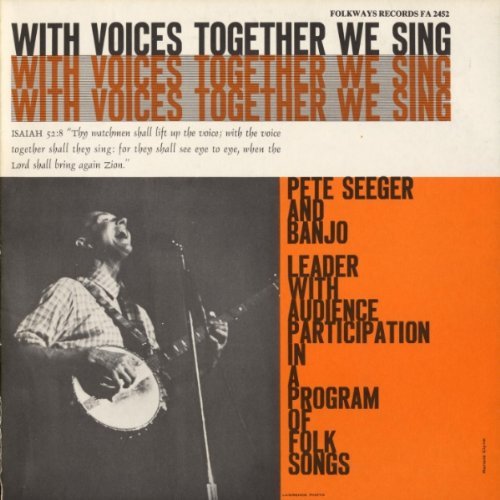 “It’s Kind of Like God has Died”: Read David Dye’s thoughts on the passing of Pete Seeger

When news broke early this morning that iconic folk singer and activist Pete Seeger died yesterday at the age of 94, one of the first responses we saw was a Tweet from WXPN’s David Dye, host of World Cafe:

Very sad news ofPete Seeger’s passing. He has been a guiding force in my life since I remember. Wrote my college admission essay on Pete.

Like everybody else,  I woke up this morning to the news of Pete Seeger’s death.  Against all reason, I never really thought this would happen.

After absorbing Pete’s passing for a few minutes, I turned to my wife and said, “It’s kind of like God has died.”

Not being particularly religious, I realize that Pete Seeger’ s life and beliefs have come to represent a set of principles that have helped guide my life.

He shared more about his personal discovery of Seeger’s music as a young man, talked of getting to meet him in the 90s, and went into some more detail about that college admissions essay:

Even back in 1968, there was so much to write about, Pete’s life was already and always amazing. The son of a New England intellectual devoted his life to folk music and support of justice on all fronts. He had already been banned from television for 17 years for his beliefs. Thanks to The Smothers Brothers and Johnny Cash, who we posted earlier, he got back on the air singing his indelible songs, still standing by those beliefs. That wasn’t so long ago. Banning doesn’t happen so much anymore. I think we can give Pete some of the credit.

In the end, Dye proposed a tribute to Seeger that is at once very modern, timeless, and couldn’t be more fitting for a man who wanted to unite the country and the world in song. Read Dye’s entire response to Seeger’s death here.