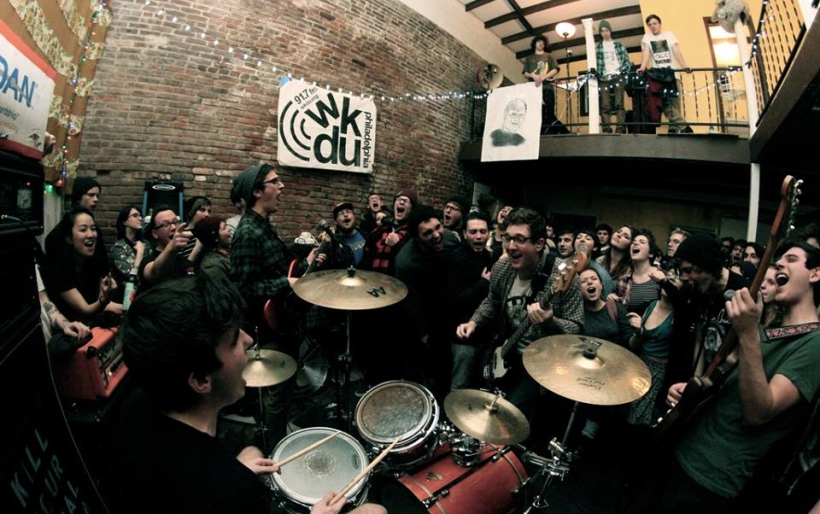 By Patricia Madej
February 08, 2014
03:02 PM
Share
Marietta plays at the Golden Tea House this past January | photo by Jasmine An | facebook.com/whereismarietta

Not one, but two Philly pop punk favorites will be playing together this Sunday at The Fire. Secret Plot to Destroy the Entire Universe and Marietta will be playing with out-of-staters state punkers Crying, Prawn and You Blew It!

After a month-long tour together along the Northeast, Marietta and Secret Plot will reunite for the show. Though Secret Plot hasn’t released any new music since its last album, I Only Miss You When I Want To, came out in December 2012, they might share some of the new material they’ve been working on for a reported full-length on Kit Kat Records. This will be one of Secret Plot’s last shows in town until they return from a month-long March tour.

Joining them are twinkly pop punk band Marietta, who released their 8-track album Summer Death appropriately in October. In late January, the band announced a limited-edition new pressing of the eight-song album on marbled “red and white wine” vinyl in honor of “Wineuary.” The reissue will come out via Soft Speak Records.