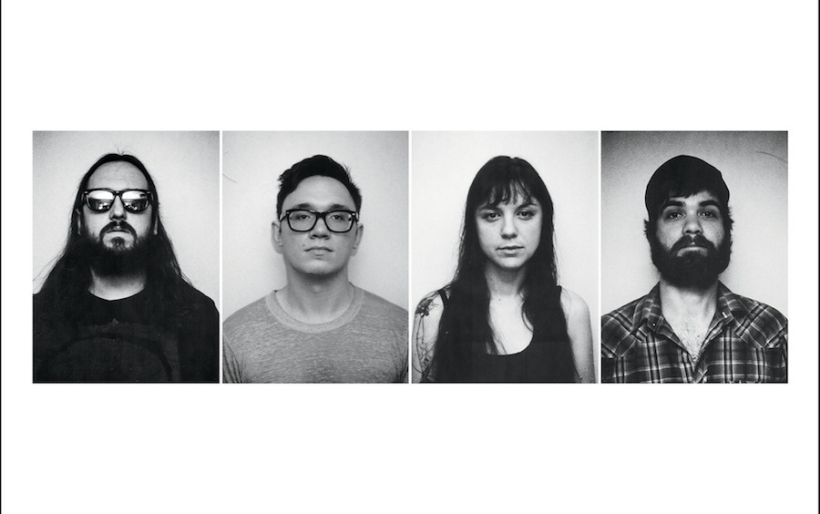 The fact that it’s been three years since Creepoid has released a full-length album hasn’t been dealt with easily. But if a struggle brought their desolate self-titled LP to fruition, the music within displays how the band has been feeling about it as well.

It’s an album full of space in the sense so sparse at times that a feeling of loneliness overtakes the nerves. It’s as if control has been lost. It makes the listener feel like a character in the grand scheme of the album, which is complete with peaks and valleys, pieced together in movements. A distant clarinetbreaks the darkness on the opening “Nadua,” which builds to a nearly explosive climax, capturing you and taking you into the rest of the album. “Sunday,” the album’s first single, starts once the dust settles. But it’s desolate here; singer and guitarist Sean Miller sings, “I want to dream for you now,” as if he’s unable to get out of a cell that he’s been placed in. Pared with the sounds of drummer Pat Troxell’s tambourine, it evokes shackles being dragged across a stone floor. It’s confirmed that that’s where you’re at as bassist Anna Troxell repeatedly asks, “Should I give up?” on “Yellow Wallpaper.”

Creepoid begins the next movement with the grinding riff of “Baptism.” After surviving this much so far, there’s an ominous feeling the entire way through the flatlining “Stay Inside.” On first play through, it’s a little ballad-like, but without any clear story. Pat Troxell’s time-keeping ride cymbal and bass drum on each one hint at a climax that never comes. It concludes, revealing itself more of a segue into the like-minded opening of “Tired Eyes.”

It’s this feeling that makes “Stay Inside,” which can be easily overlooked as a lull at the album’s midpoint, actually pretty moving. And the intensity carries across the album as a whole. It brings you back to the scene of being trapped, controlled by someone else. But an escape is made, you’re in the clear. Go ahead, catch your breath. “It falls on us,” Miller sings, winded, maybe a little too optimistic and a little too proud.

But that freedom is a fleeting moment. Just shy of two minutes into “Tired Eyes,” there’s warning with a noticeable change in tone and a trumpet far off in the distance. Here’s where the third and final movement gets the green. But you’re seeing red as you’re caught; there are are suddenly martial drums pushing you through heat and shackles clanging all over again. It fades out. Miller has returned, but singing, “I’m never coming back” on “Golden String,” as it pushes through to the intriguing “Acrimony,” moving up and down, elongating itself from a solid time in four to a dragging tempo in threes. Then back to its original time when we hear Anna singing again. But as Creepoid leaves with “Old Tree,” a track they may have made it out into the clearing, it changes suddenly with when PeteJoe Urban IV’s screeching lead guitar line that pushes out to the album’s end.

There’s a feeling that’s created about independence. A feeling forced on your ears regarding captivity and feeling the release into escapism, too. But really, Creepoid’s in control for the entirety and feels like it’s going to okay, as long they keep at what they’re doing.

Creepoid is the featured album in this week’s edition of Unlocked. Download the single “Baptism” in yesterday’s post, and check back later this week for an interview, a video and more.