Unlocked: The Key's review of Katie Frank and The Pheromones' Counting Your Curses - WXPN | Vinyl At Heart 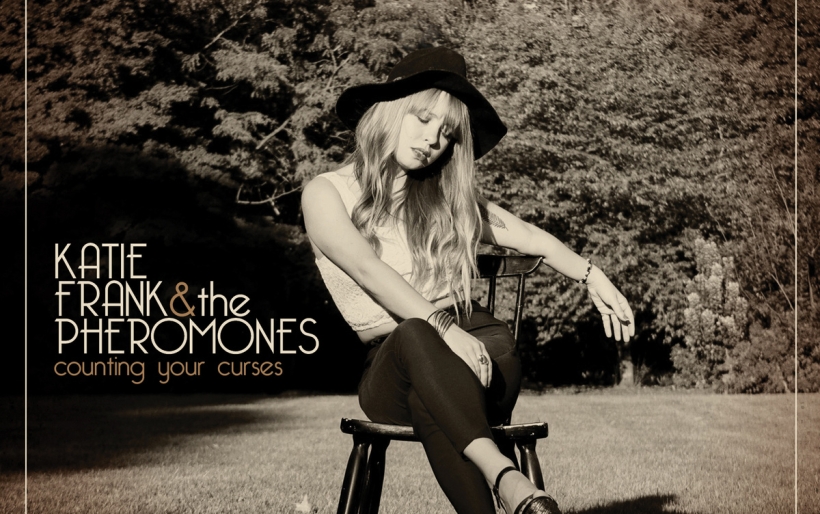 Unlocked: The Key’s review of Katie Frank and The Pheromones’ Counting Your Curses

What makes a record timeless, anyway? Is it the warm electric guitar tones, or the punchy and resonant drumbeats? Is it a lack of lyrics mentioning cell phones, computers, the internet? Is it a sepia-toned cover photograph showing a young woman dressed like somebody from the L.A. of the late 60s who might just as easily have been spotted in West Philly late last week?

Katie Frank and The Pheromones’ debut Counting Your Curses has all of those things. It doesn’t sound like classic rock, but is undeniably informed by a classic rock heritage. By the same token, it’s contemporary music that isn’t so aggressively contemporary that it will sound dated in five years when trends run their cycle. It’s now music made by always musicians. It’s a strong blend of country, rock, singer-songwriter and pop. And while Frank walks well-traveled roads amid a very bustling scene, she needn’t worry because – as we said a couple months back when introducing you to her single “Tunnel Vision” – she’s got the hooks to stand out.

Counting Your Curses isthe product of not only Frank and her band – longtime guitarist Josh Werblun and drummer Jon McNally, more recent bassist Greg Orlando and guitarist Kevin Killen – but it also features collaborations with an earlier generation of Philly musicians: backing vocals from Jim Boggia, piano from Ben Arnold and guitar from The Hooters’ John Lilley. The scene vets lend their guidance in shaping the music, but stray from being too heavy-handed with the young musicians, allowing the Pheromones space to breathe and room find their own voice.

The rollicking “False Alarm” sets the tone for the album with a thumping kick drum and a resonant pedal steel. “What you want is a blind man’s prize,” Frank sings, meditating on unrequited desire and foolhardy devotion. The slick groove of the title track rides a syncopated rhythm and a lush instrumental lead-in; here, Frank is a consoling confidante, singing “you’ve got a heart like no other” like she’s bidding someone farewell as the acoustic guitar strums become more urgent and the soaring chorus kicks in.

Frank as the narrator seems to often fall into a role of advice-giver addressing a forlorn counterpart. But she can be biting as well – in the aforementioned “Tunnel Vision,” she lashes out about being mis-perceived (“you think you knew me once, but you don’t know anything”). In “Halfway Gone,” which we’re offering as a free download all week, she angrily watches two people gradually drift apart in emotional stagnation: “you got to give her something because she’s halfway gone.” Her voice is very emotive, while remaining tender and melodic – you can tell what she’s feeling not by a hollering delivery but through more subtle intonations.

The band, for their part, answers in pacing and arrangements – hefty guitar strums and rollicking bass here, wandering solos and thundering drum leads there. In it you can hear the suave heartache of Fleetwood Mac, the energized badassery of Grace Potter, the world-weary introspection of Aimee Mann and the urgency of Band of Horses.

Counting Your Curses is the featured album in this week’s edition of Unlocked. Download the song “Halfway Gone” in yesterday’s post and check back all week for video, interview and more.