When I looked at Union Transfer’s concert calendar before walking through the door to shoot this show, I thought I was in for an especially intimate evening due to the quantity of sold-out gigs surrounding this rainy Wednesday night. As the night progressed, the hall filled up with almost alarming speed. I almost had forgotten the cult following that Arizona-hailing Lydia, and the album Illuminate in particular, had obtained over the years. As I moved slowly through the front of the crowd, I listened to the stories of many devout fans, how they loved Illuminate from the moment it came out, how they bemoaned the band’s hiatus in 2010, and the joy they felt when Paint It Golden, Lydia’s 2011 comeback record, dropped.

Illuminate, Lydia’s second and arguably most beloved album, was recorded by an almost entirely different group, with the exception of lead vocalist Leighton Antelman and drummer Craig Taylor. This album in particular displays a great deal of math-rock influences due to complex time signatures and frequent reliance on clean guitar and drum fills. Since the album album was so well-known among fans, Antelman relied on crowd participation very frequently, allowing the devout in the front-row to scream their hearts out to melancholy choruses of “I Woke Up Near The Sea” and “Stay Awake”. The low point of the evening was their rendition of “All I See”, a track the current band had not performed or rehearsed for some time. As the song progressed and made its way to the final chorus it tightened up, and the rest of the evening proved very enjoyable. 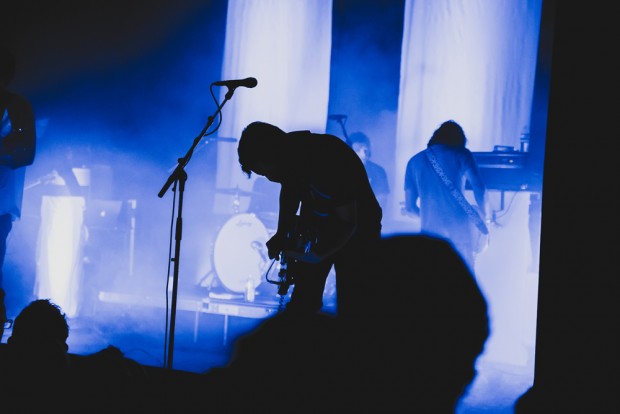 After the encore break, the band transitioned into new, post-hiatus material from their 2011 record Paint It Golden and their 2013 record Devil. Both records display significantly more pop and electronic music influences and are much more accessible to a mainstream audience. Lydia, as of now, is a band incredibly deserving of the college radio spotlight, and are simply just waiting their turn.

Joining them were North Carolina Indie-Rockers HRVRD and Salt Lake City trio Golden Sun. HRVRD displayed incredible quantities of both musicianship and showmanship as they showed off an explosive shower of indie-Pprog. During technical difficulties with a drum machine, HRVRD vocalist, guitarist and trumpet player Jesse Clasen decided to mess with the audience, getting into an “existential” discussion about names, asserting that “The only difference between you and I is that my mother didn’t name us…”. Performing a classic crowd participation maneuver, Clasen asked the audience to get quiet, waited for 20 seconds, and screamed “HAA!!!” which he sampled in the subsequent song. Golden Sun wowed the early birds with an ethereal set of dream-pop, likened at times to M83 and The Neighbourhood. 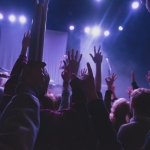