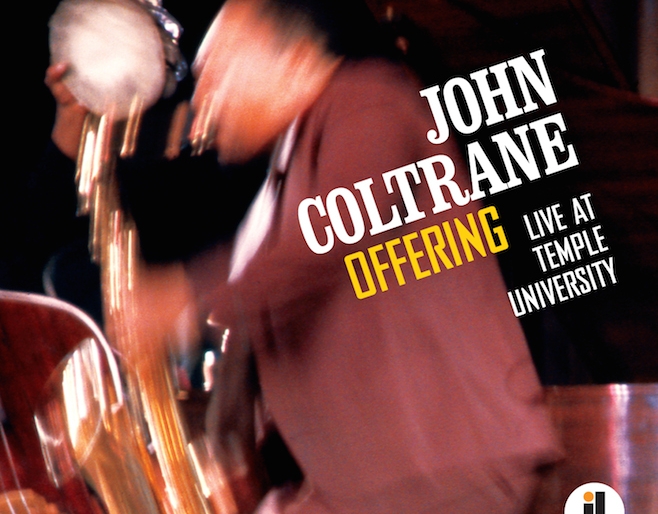 In 1966, less than a year before his death, jazz legend John Coltrane performed a concert at Temple University and its footage has seen many bootleg formats but, according to Pitchfork, will be released officially as Offering: Live At Temple University in fall of 2014. Set to arrive on what would’ve been Coltrane’s 88th birthday, September 23rd, the disc will include the full 90 minute show including songs such as “Naima”, “My Favorite Things”, “Crescent”, “Leo”, and “Offering,” and liner notes written by biographer Ashley Kahn.

The show was recorded at Temple’s Mitten Hall Auditorium and according to this first hand account, was broadcast live on WRTI, Temple’s radio station.

Below, listen to “Naima” from the concert, watch a documentary from Resonance Records, and check out the full album here.