Unlocked: How Pattern is Movement’s videos anticipate their evolution - WXPN 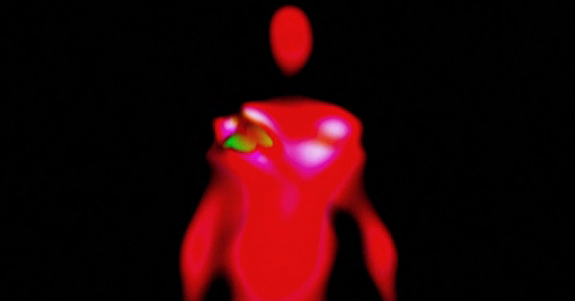 Unlocked: How Pattern is Movement’s videos anticipate their evolution

Artists use music videos to further a number of different aims. The most ambitious weave epics that read like short films, attempting (and often failing) to communicate a vision that would elicit comparisons to the greats of long-form film. For most artists, however, the goals are much simpler: to create the atmosphere in which the viewer understands some version of the artist’s present. This is why many rappers shoot videos in expensive cars, or why the “performance vid” has become a near-obligatory measure of a rock band’s credibility: they seek to bring you into their life, using the camera as the lens for you to see their life as they wish for you to see it.

Pattern is Movement doesn’t make too many videos, and a cursory search of the duo’s name on Youtube elicits a lot of random live videos that are either put up from touring shows or released under the auspices of other video series’ . But when they do make or officially sanction videos, they put a subtle twist on archetypal music video conventions by highlighting their innovation and eccentricity; instead of portraying the idealized version of their existence, or making some profound directorial statement (which they leave to established film directors), they bring the focus to their collective headspace, highlighting the path towards their artistic progression.

Yesterday’s Pattern is Movement album review highlighted the band’s increasing incorporation of themes from RnB and neo-soul. For those who didn’t hear the omnipresent hip-hop flourishes in their previous works, they made their intentions for the new record evident with the video for “Untitled”. Released in October, the video brought a studio version of one of their best-known live covers to recorded life with a trippy and colorful reworking of D’Angelo’s original and highly controversial video. Is that actually D’Angelo in the shot? Is it one of the band members imitating him? Neither question really needs an answer – that ambiguity, backtracked with their highly ambitious cover, shone a light on the kinds of experimentation that was to come in this group’s next chapter.

Their most sophisticated live videos, even those which they do not put together, work in this way as well. It’s a testament to a group that cares about the highest quality live performance, even if it means utilizing samples (looked down upon in rock, yet welcome and even expected in hip-hop). The new album features an enormous, lush sound that is all but impossible to fully embody with only two people, and the duo meet this challenge with a new set-up that has Thiboldeaux and Ward triggering samples live. The above video, compiled from footage shot at the CMJ festival of album cut “Little by Little”, provides a perfect example of what to expect in the ongoing changes of their live set-up and the ways in which they employ their expansive sonics despite their limitations as a duo. This is a transition from previous set-ups, in which the band simply reinterpreted the songs in a stripped-down format; while that kind of performance certainly has its place for an experimental rock group, the all-encompassing cabaret elements of their music are arguably lost when they cannot be heard live. Call it what you want – either way, the band utilizes their live video output to anticipate the kinds of live innovations that accompany their recorded evolution.

So when the band says that they’re making their first music video, they do a disservice to the ways in which their Youtube output has actually served to define them: forward-thinking, ever-curious, and almost prophetically anticipatory. We can’t wait to see what they’ll deliver next.

Pattern is Movement is the subject of this week’s Unlocked; download “Suckling” in Monday’s post, read Tuesday’s album review, and check back tomorrow for an interview with the band!