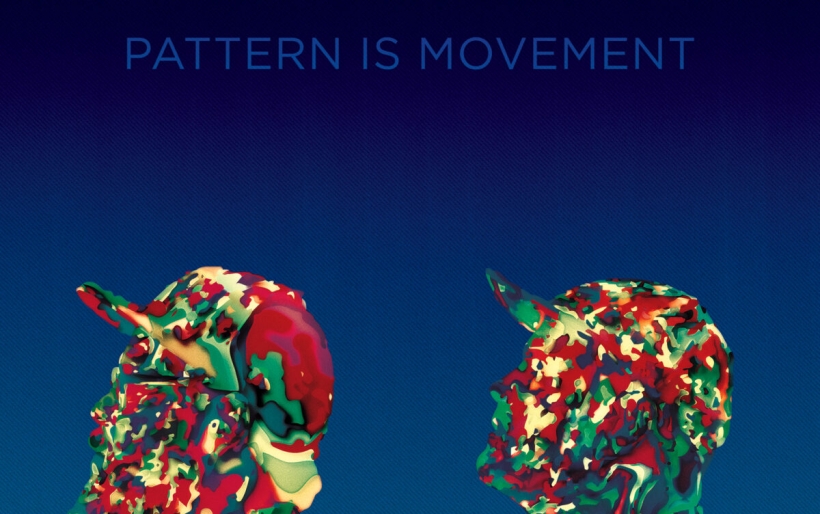 Unlocked: Pattern is Movement see their mission statement come to its fullest realization

Pattern is Movement started out as a Christian rap group. You heard it here first.

Well, that’s not completely true. But understanding this side of keyboardist/singer/composer Andrew Thiboldeaux’s and drummer/producer Chris Ward’s experience, rooted in strict Pentacostal practice (the same faith in which Marvin Gaye and D’Angelo nurtured their prodigal musicianship), might explain a lot. It certainly makes the eccentricity inherent to Pattern is Movement’s music – occasionally frantic, layered with intense stimuli and popping with vibrancy at every beat – a little easier to understand. Far more importantly, it allows us to understand the motivation behind what they have tried to do with their new self-titled album. The band celebrate the release of their album tonight at Boot & Saddle.

“Andrew and I started making Christian rap when we were 14, and we were in a Christian rock group when we were teenagers. We were so connected to music that…I think for me, as a 35-year-old musician who’s been doing it for 20 years with this guy, I wanted to go back to the roots of my childhood and figure out why I loved music so hard when I was a kid,” explains Ward over a crackling phone line. He and Thiboldeaux have just pulled into Austin, right on the cusp of an extremely ambitious South By Southwest schedule, but that’s not quite where he’s at mentally. “Rather than running away from that past experience – which was very painful and traumatic – I tried to embrace it and see what about it was positive. One of the things it gave me was this intimate musical relationship with this guy, and I hear a wonderful conversation between the two of us in this record,”

Through these artists’ eyes, the message behind the record becomes clearer and clearer. Past the surface-level complexity is a strong communicative purpose that has been the hallmark of all great music; that said, when Pattern is Movement’s history is looked at under the microscope, their gravitation towards RnB makes perfect sense. RnB as we know it is born of desire to bring the pulpit to the concert hall, to equate ecclesiastical power in a non-sacred setting, to find God in human passion. The genre’s greatest luminaries, folks like Marvin and D, all grew up and became artists in church. The power of music to bring people together in the service of something omniscient and massive is certainly not lost on Ward or Thiboldeaux.

“I started challenging my beliefs and thought that all the stuff I saw – the speaking in tongues, the emotions that I had in service – that all of that was false. And as I got older, I started realizing the opposite. Like, yeah, maybe there is no God, maybe all the stuff they were telling me was bulls***. But the feelings I had in those church meetings were TRUE. My brain was registering it, I was high as a kite. There’s something about RnB and hip-hop that resonates with me as a result,” adds Ward.

This desire to create something ecclesiastically powerful is one of a few missions that guided the new record, but those implications resonate throughout the other circumstances that brought the record about in this form. In the six years between this record and 2008’s All Together, Ward went through a difficult divorce and picked up a full-time job doing bookings at Johnny Brenda’s that he still maintains. These events, mixed with a strong urge to get away from the record-tour-repeat cycle that made their previous albums feel stagnant to them, precipitated a need to step back and re-evaluate. Even though they started tracking songs in 2009, they ended up scrapping a whole mix by 2011, re-recording into 2012 (tracking separately, for the first time in any of their records), and spending 2013 getting things prepared to be played live. They essentially made a record in the way most bands don’t anymore, and they’re fully aware of the sea changes that have happened in the broader world during this time – changes that they, as an indie group authentically embracing RnB and hip-hop, are better prepared than ever to handle.

“When we first started out, indie rock and hip-hop were worlds apart. You couldn’t really marry those two ideas. We were doing the D’Angelo cover in 2008, and for some people it was really weird. For this record, it seemed to be a tribute to the music that got me where I am as a drummer and a musician. I was just as moved by Kid A as Midnight Marauders. I wanted to show my cards and not be afraid to put it out there,” says Ward. “I wanted people to know that we weren’t playing RnB as a joke,”

He describes “Suckling” as a game-changing moment for the record as a whole. “Those finger snaps? That wasn’t there on the first mix, it originally had a shuffle beat. In the second mix, I wanted to do something I didn’t originally have the courage to do. That fingers snaps idea was lifted from some songs on Drake’s Take Care,” he explains. The J. Dilla-inspired drum beats on the record came out of a similar intentionality – to keep the non-quantized elements of the beats (they recorded the drums last, without a click track) without the intentional difficulty of past records.

For Thiboldeaux’s part, he aimed to create a conceptual theme that that embodied all of these ideas in a somewhat fantastical way. “The concept was to get into the mind frame of the encountered and the encounter-er, particularly during the conquistador era…trying to get into the character of those people and write songs based on them,” he says. “Musically, it was trying to find stuff that sounded like those regions, early America, those kinds of things. That through line went through the whole process – to have that energy and compassion for both sides,”

This through line is important to remember when trying to decipher the more muffled or molasses-like aspects of Thiboldeaux’s vocals, but it’s far from the only way in which they hope the album gets received. “This record is about that notion of someone being conquered or a conquerer, but that doesn’t mean you can’t just put it on at a party and hang out. I don’t think that was true of our records in the past, they were harder…we wanted to push for something more accessible,” emphasizes Ward.

Ultimately, Pattern is Movement is whatever you want to make of it. It’s a party record, a narrative of a fascinating set of encounters, an art rock band’s attempt to become RnB superstars, a reconciliation with a difficult past – it’s all of these things. But what it is, above all, is a full statement of the band’s mission. As we wrap up our interview, Ward stops me to relate a story about how, during their various attempts at working with bassists, they found the bassist they were looking for – or, rather, Andrew’s Trilian bass synth became the lynchpin for the entire record’s aesthetic. Given the way that Ward talks about it, you really start to believe that one little instrument can change the whole aesthetic of an album laced with contributions from conservatory-trained musicians (all of the horns and strings, as well as some of the percussion, was performed by various respected classical musicians) interpreting Thiboldeaux’s compositions.

“That is the locus of this record, between the bass and the drums. Everything else is – and I mean no disrespect to the [various classically-trained] musicians who played on the record, or Andrew’s compositions – but there is something about the drum, bass, and vocals that are super key to this record. That wasn’t the case before. That is very instrumental in why we called this record Pattern is Movement. I believe that this is the fullest realization of what our band is.”

From a group of guys growing up making Christian rap, a statement like this is not to be underestimated.

Pattern Is Movement celebrate the release of their new album tonight at Boot & Saddle. Go here for tickets and information about the show.