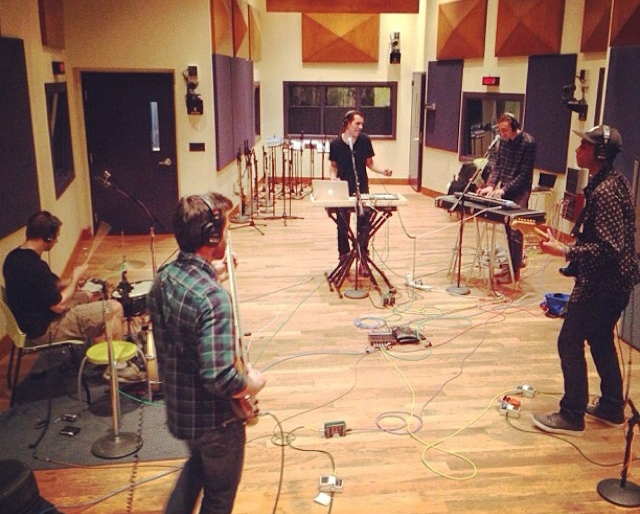 Philly’s Elegant Animals are five musicians with an adventurous spirit that transcends genres. You could call them an electronic band, an R&B band, or a rock band. And even though their music borrows from all these styles – soaring guitar solos to soulful vocals and evocative beats – none of those descriptions on their own feels accurate. In that sense, Frank Ocean may be their closest parallel – both artists have a style that’s eclectic and elusive but utterly captivating. In 2012, Elegant Animals released its debut EP, Spectrum Nocturnal, and this month they’re following it up with the excellent debut full-length Carnivora. For their Key Studio Session, the band played two songs from each release live in our studio. Listen and download their performance below, and get tickets and information on their album release show – Saturday, April 19th at MilkBoy with Kate Faust and Minks – the XPN Concert Calendar.