Jazz Fest lights up Center City with an afternoon of eclectic, exciting performances

The third Annual Center City Jazzfest was held on Saturday afternoon, pleasing a sellout crowd with sixteen genre-spanning jazz performances spread out over four locations in Center City Philadelphia. The four venues were Fergie’s Pub, MilkBoy,Chris’ Jazz Cafe and Time – all within a few blocks of each other and three of them on Samson Street.

The festival offered remarkable value at $15 per ticket if you bought them ahead of time, so you were paying less than a dollar per artist. Your ticket purchase earned you a wristband that allowed you access to any of the four venues whenever you wanted. Events were running at each venue simultaneously, so like any festival, you had to pick and choose what you wanted to see and hear. I kept on the move and was able to catch partial sets and photograph ten artists on the bill, and at times I definitely wished I could clone myself and see more than one set at once. It was an afternoon full of memorable performances that reminded both the attendees and musicians of the togetherness and pure joy that music can create. 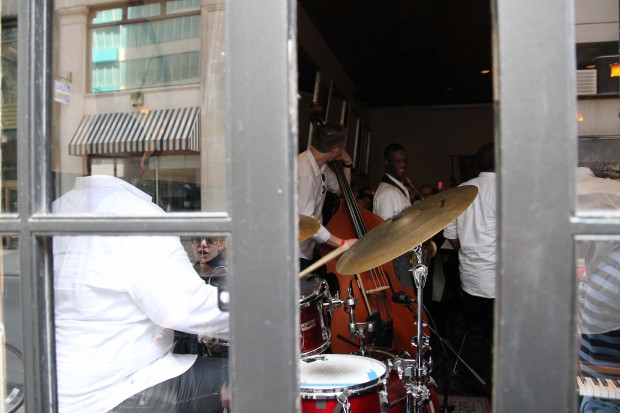 The opening act of the fest, vocalist Rhenda Fearrington set the tone for the day. She and her four piece backing band gave a spirited and powerful performance that rocked the tiny upstairs at Fergie’s Pub. Another highlight of the sets at Fergie’s were the Jazz guitar stylings of Mike Kennedy, who was backed by a tight three piece keys, upright bass and drum trio. Of all the locations used for Jazzfest, Fergie’s best recreated the intimate, packed clubs that many Jazz greats cut their teeth in. The small upstairs room got more and more full as the day went along, and many fans seemed to set up shop there for the afternoon.

The events held upstairs at Milkboy also got more and more crowded as the afternoon went on. This venue hosted impressive sets by Giovana Robinson and Justin Faulkner. Panama’s Robinson and her group pleased the mid-afternoon crowd with a set featuring her passionate vocals and distinctive style of music – a mix of pop, world music and Jazz elements. 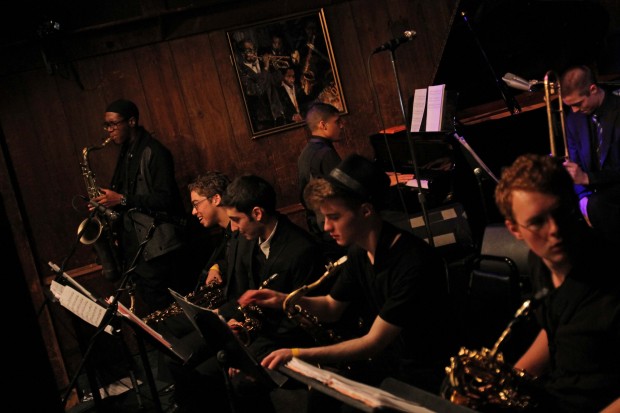 Late in the day Philadelphia native Faulkner’s thunderous drumming led a trio through an hour of groovy, prog-like space jazz to a packed and rapturous audience that included many of the other musicians from other bands on the bill.

Chris’ Jazz Cafe’s dinner theater-like set up and large stage area were a perfect fit for the musicians who played there on Saturday. Early in the day the Cafe hosted a fourteen piece Jazz orchestra of youths from The Kimmel Center Creative Music Program for Jazz. Despite being young they proved to be old souls with a swinging, powerful ensemble performance that showed that Jazz has a bright future in Philly. Later in the day the stage was owned by Joanna Pascale and her band. Pascale delivered an well received set of torch songs and included a meditative and memorable Jazzy take on Carole King’s classic “Will You Love Me Tomorrow.” 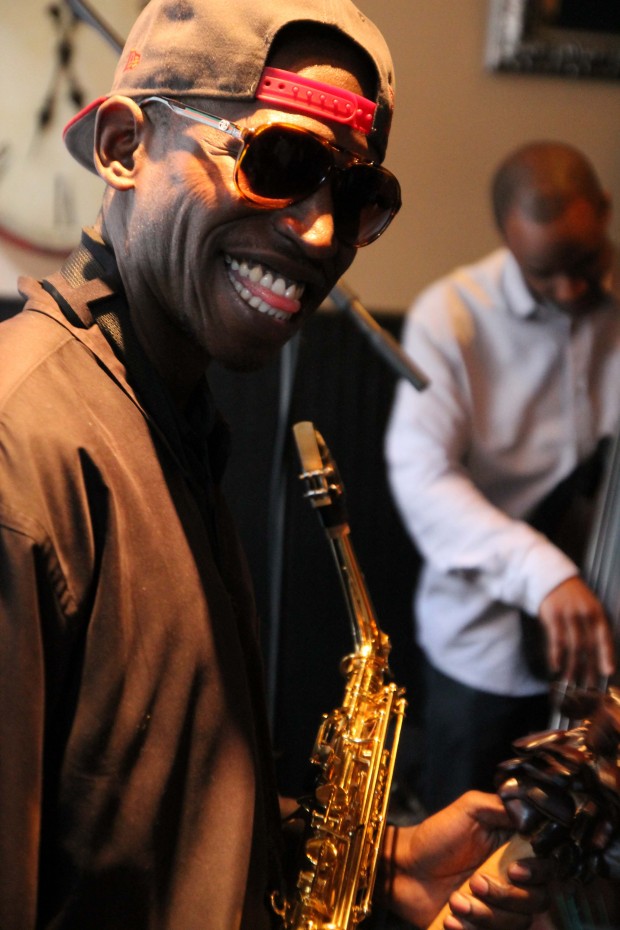 The Time restaurant hosted some of the best shows of the day in it’s large mirror and clock filled bar area. The bar area featured a lot of open standing room space, natural light and two large sliding windows behind the stage area that were usually open. The open windows allowed passersby and fans who couldn’t fit into the frequently packed venue to hear some of the music outside. Early on, trumpeter Charles Washington led a five piece backing band through an excellent set that evoked the spirit of the early Miles Davis combos.

After them brassy Brooklyner Miss Ida Blue drew one of the largest, most enthusiastic crowds of the day. Her look was eye-catching: she aptly described herself as a “vamping dame” in one of her songs. Miss Blue and her clarinet/trombone/banjo and tuba backing band delivered a raucous set of her innuendo-laced Jazz that had the crowd roaring with laughter and appreciation for her singing and the group’s talent.

Next up was Stacy Dillard who had the crowd smiling, bobbing their heads and exchanging “did you hear that” glances as he blasted out complicated runs of notes on his sax while leading his trio through an impressive and powerful hour of music. Last up at Time was Trio Up, composed of virtuoso performers Rick Tate on Sax, Ronnie Burrage on drums and Nimrod Speaks on bass. They showed their mastery of their instruments and their ability to create beautiful music together during a highlight-filled hour of muscular and complex Jazz that thrilled the packed restaurant.