Celebrating 21 Years of Magnet with Guided by Voices: Our Top 21 GBV Tunes
Artists

Celebrating 21 Years of Magnet with Guided by Voices: Our Top 21 GBV Tunes

For the past 21 years, Magnet has been a source of incisive and interesting reporting on the national indie rock scene. This Thursday, the locally-produced magazine celebrates its 21st birthday with an epic show at The Trocadero, featuring a similarly long-running band, Guided by Voices. Since forming in 1986, the legendary Ohio band—helmed by the wily and creative Robert Pollard—has released no less than 500 songs, spanning 22 records, and three decades. In honor of Magnet’s 21 years, we present our top 21 GBV tunes—one for each decade of great music writing. Stream the entire playlist here—and read on for a description of what we chose.

1. “Sometimes I Cry” (from Forever Since Breakfast, 1986). “Sometimes I Cry” is one of the very first GBV songs ever released, and surprisingly one of their most honest. “Sometimes I cry because you don’t love me no more,” croons a young Pollard, sounding a little like Elvis Costello. It’s our first taste of the quirky auteur that would later emerge, and it sounds great.

(Note: “Sometimes I Cry” is not available on Spotify. It’s just that obscure. So here it is on YouTube instead. Enjoy!)

2. “Over the Neptune / Mesh Gear Fox” (from Propeller, 1992). GBV are not known for writing long songs, but “Over the Neptune / Mesh Gear Fox” clocks in at almost 6 minutes, making it one of their longest to date. It’s also totally epic, transitioning from easy-going lo-fi jangle to thick, indulgent jamming. If you ever wondered what Pollard would sound like fronting REM, this gives you a good idea. To quote the song: “It’s rock’n roll time!” 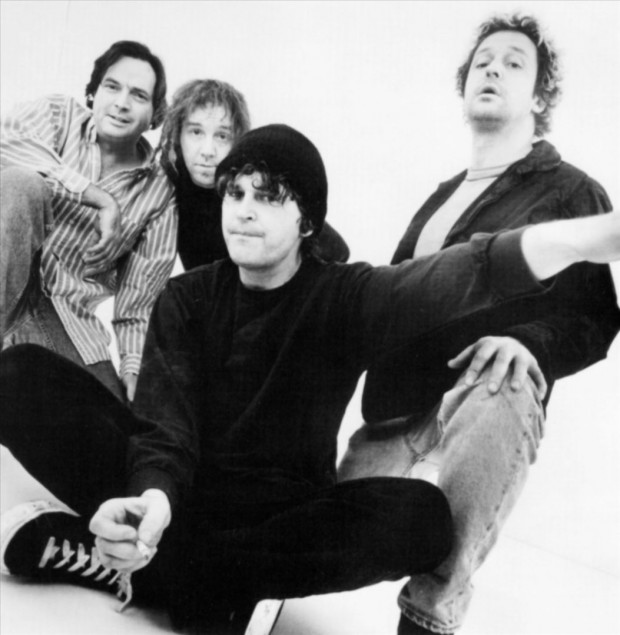 3. “Hot Freaks” (from Bee Thousand, 1994). I recently read a blog post (appropriately, in Magnet Magazine) about how “Hot Freaks” is the most overrated song in the GBV discography. I disagree. This short, 112-second nug is not only snarky and hilarious, it’s the only GBV song to contain a Pilam shout-out (ok, so maybe not really…but it totally sounds like Pollard is saying “Pilam,” instead of “Pie Land.”)

4. “The Queen of Cans and Jars” (from Bee Thousand, 1994). One thing I love about GBV is that their songs always evoke such brilliant imagery. “The Queen of Cans and Jars” is one of my faves, because the imagery is so strong—I imagine a small child, sitting atop a mountain of canned goods, a paper crown placed precariously on her head and a huge smile across her face. Also: that see-saw guitar line? So good.

5. “I Am a Scientist” (from Bee Thousand, 1994). “I Am a Scientist” might be the most well-known GBV tune, and with good reason—it’s simple, catchy, and offers real clues into the inner-workings of its songwriter’s psyche (interestingly, the song was one of two written by Pollard specifically for Bee Thousand, and was completed right before the record was pieced together.) According to an interview with Pollard from the 33 1/3 series on the record, “[it’s] the first song I wrote that I felt showed some maturity in my ability as a songwriter.”  It’s also one of the only early GBV songs with an accompanying music video.

6. “A Salty Salute” (from Alien Lanes, 1995). “A Salty Salture”—aka, “The Club Is Open” is a quintessential GBV jam and a perfect introduction to the band. When that light above the stage flickers on, telling you the club is open, you know GBV are ready to party.

7. “Motor Away” (from Alien Lanes, 1995). There are so many great tunes on Alien Lanes, but “Motor Away” is arguably one of the best, and proof you can write a complete rock song in just 2 minutes. Also on par is “My Valuable Hunting Knife,” which is a little rawer and contains some excellent syncopation.

8. “Cut-Out Witch” (from Under the Bushes Under the Stars, 1996). “Cut-Out Witch” is a totally bad-ass tune. Not only does it make you really work for the refrain each time; each time it comes around you feel strangely compelled to head-bang. I can’t explain it. 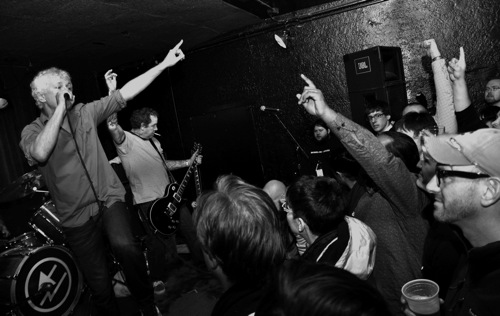 10. “I Am a Tree” (from Mag Earwhig!, 1997) “I Am a Tree” was written by Doug Gillard, one-time GBV guitarist and current guitarist for Nada Surf. This is such a good song it makes you wish he contributed more.

11. “Bulldog Skin” (from Mag Earwhig!, 1997). “Bulldog Skin” has all the trappings of a mid-90s radio hit—alt-rock guitars, a chorus of “woohoos,” and a quirky music video that looks a little like an episode of Malcolm in the Middle (which didn’t premier until 2000, but who’s keeping track?) It’s also significantly higher fidelity than past GBV releases, having been recorded in a professional Chicago studio. And while we’re talking Mag Earwhig!, let’s also give a shout-out to “I Am Produced,” which is only 67 seconds long, but does an excellent job addressing the band’s recent studio move, and has a very “Technologic” type feel (8 years before “Technologic,” we might add).

12. “Teenage FBI” (From Do the Collapse, 1999). I remember reading that “Teenage FBI”—much like “Bulldog Skin,” I’d imagine—was inspired by Pollard’s teaching days, and appropriately it accurately captures the discomfort of adolescence while also being one of the best GBV songs for drunk dancing to.

13. “Hold on Hope” (From Do the Collapse, 1999). “Hold on Hope” is a relatively stripped-down soft rock ballad. And I just love it. Pollard isn’t breaking ground—but he’s showing he can write a great pop song even when it’s not composed of song fragments or tape hiss. As for the squeaky clean production? That’s Ric Osacek of The Cars, who produced the record, which generally received poor reviews. 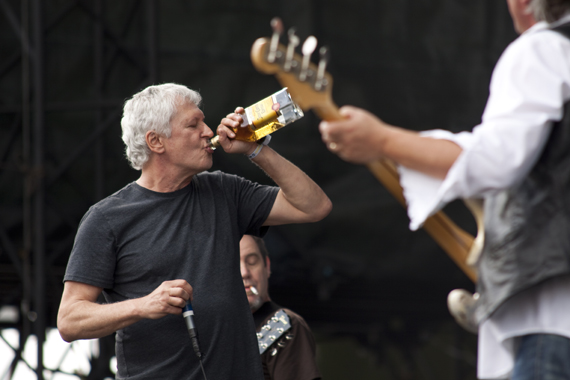 15. “How’s My Drinking” (from Isolation Drills, 2001). I suppose, looking back, that perhaps Isolation Drills—the arena rock record GBV always yearned to make—is also the party album they always yearned to make. This seems appropriate. But “How’s My Drinking” is also a little sad, or perhaps worried that said drinking is out of control after 15 years. It’s a rare serious glimpse from a band known for having fun, and as such, it’s eerily good. 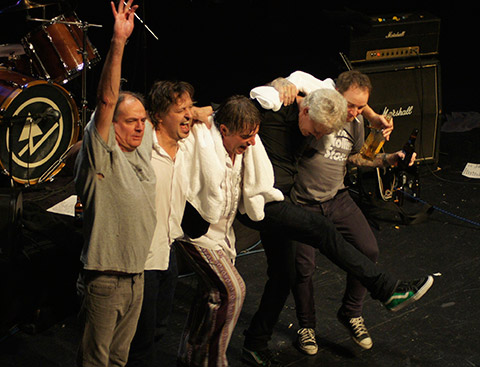 19 / 20. “You Can Fly Anything Right” / “Everywhere Is Miles from Everywhere”(From The Bears for Lunch, 2012). The Bears for Lunch is probably my favorite of the new GBV releases, and these two songs—the closing tracks—are just so beautiful and understated and a little bit melancholy. Everywhere is miles from everywhere, but with a little patience, you—like GBV before you—can make the journey.

21.  “All American Boy” (from Cool Planet, 2014). As I’m looking over this list, I realized I haven’t included any Tobin Sprout songs (although he co-wrote several on this list with Pollard), which would be an oversight, because Sprout has a great sense of melody. This little gem proves so exactly. GBV have been going strong for 28 years; here’s to another three decades of music and good times—from Pollard and co., and from Magnet.

(Note: In a perfect circle of GBV continuity, the first and last tracks on this list on not available on Spotify. So here’s the song on Youtube. Enjoy!)