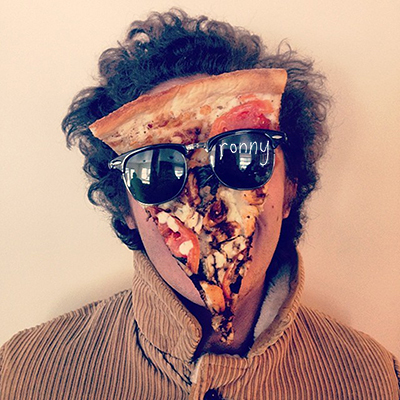 Those who see Philadelphia psych-folk-a-billy-everything band Toy Soldiers in any number of their live shows can speak to some of its most inherently appealing qualities. Their searing energy, channeled into a unique and thoroughly modern take on classic rock n’ roll, makes for a merry time that appeals to myriad show-goers’ innate desires. You can dance, nod your head, raptly observe each twangy guitar lick, scream along to frontman Ron Gallo’s wry and catchy vocals (probably out of tune), throw back bourbon shots, all of the above – Toy Soldiers indulges each one of those whims.

What gets lost in this fray, however, are the more subtle aspects of their sonic imprint that take repeat listens to uncover. Toy Soldiers has always had a slight weirdness to their music, a lyrical and instrumental sort of irreverence that compels them to meld traditions while simultaneously breaking them.

This is largely due to Ron Gallo’s idiosyncratic approach on classic American rock and folk tropes. On Ronny, his debut solo album (released today via his own American Diamond Recordings), Gallo blasts this approach open. What remained subtextual in Toy Soldiers’ songs is thrown front and center in this intriguing head-scratcher of an album, with Gallo’s nasal tenor painting rich narratives of personal experience that are immediately relatable to anybody willing to look past the obvious quirks.

Even before the album was released, Gallo seemed intent on characterizing the Ronny experience around his eccentricities. The above short-film, which incorporates clips of songs “Started a War” and “If You Gotta Know”, is a real head-scratcher that plays out like the pilot for a yet-unnamed Adult Swim show (the video is worth a watch, if only for you to finish wondering “what did I just see?”). The video’s non-sequitors and completely random segues (wait, why did that guy poison his coffee?) frame Ronny as less accessible than it actually is, but Gallo’s ear for catchy hooks and memorably direct lyrics make this an appealing run for any fan of wry Americana.

Take “Fine Diners & Finer Whiners.” Scored with twangy steel guitar and emphatic vocal harmonies that would fit seamlessly in any Prairie Home Companion episode, Gallo ostensibly narrates a tale of being down-and-out in which he’s “stuck in a crowd of two-timers and social mountain climbers” who recount “cocaine-fueled crimes…like some hand-jelly car salesman in the sky”. A look below this whimsical song’s surface reveal some more universal preoccupations, however, of feeling “awfully tired and alone” and wishing for a past love or some feeling of safety to return to him. This song, mid-tempo and subdued, weaves a tapestry of aural influences and lyrical preoccupations that subvert its easy classification (Americana, folk-rock, etc.) and get under listeners’ skin.

The Lennon-esque piano ballad “Dirty Things For Money” accomplishes the same goal using very different tools. Gallo croons “What do you need me to be?/A coward just to be set free?” before a string quartet and gospel choir-style backing vocalists bring the song to a gorgeous crescendo; this dynamic path repeats itself through the song’s ending in shimmering beauty that opens a path to underlying (and, again, totally relatable) vulnerability.

This balance seems to be the grounding force behind Ronny: by blending bizarre humor with a unique and light take on familiar tropes, Gallo actually manages to instill fantastical yet all-too-relatable images in listeners’ heads. Like the many great artists who presumably influenced this Kentucky-raised songwriter – Dylan, Young, Nelson, and many familiar others – Gallo accomplishes the enviable feat of being hilarious and completely earnest at the same time.

Despite all of his irreverence, Gallo does not write music that alienates listeners. Granted, this album won’t be for everybody: Ronny won’t change your mind if you don’t already like traditional American music, and these songs don’t kickstart parties the way Toy Soldiers might. But for the initiated who wait all year for folk festivals, Gallo’s artistic evolution is worth a tremendous amount of your attention.