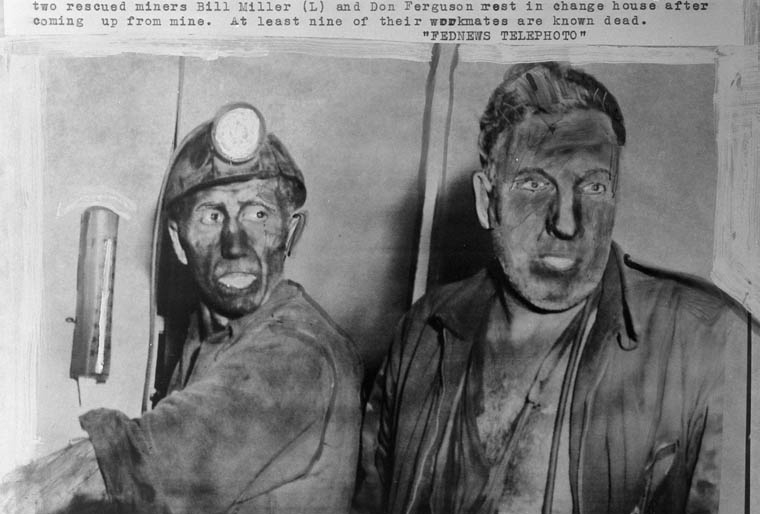 Under the ground and the skin: a song feature on The Springhill Mining Disaster and a session with Psalmships, tonight on Folkadelphia Radio

Folksingers often act as the voice of the people, creating a memorial, protest, speech, opinion piece, or treatise in verse and music. Peggy Seeger along with Ewan MacColl took up the mantle to tell the tale of the industrial accident at Springhill, Nova Scotia. The Springhill mining disaster can refer to any of three Canadian mining disasters which happened in 1891, 1956, and 1958 within the Springhill coalfield, near Springhill, Cumberland County, Nova Scotia. Seeger wrote a vivid song to comemorate the 1958 tragedy. What occurred on October 23rd, 1958 is referred to as a “bump,” or an underground earthquake caused by increased tensions in the earth due to the removal of coal without support replacement. Smaller bumps had been felt that day, but at 8:06 a bump large enough to register on seismic monitoring caused the floor and ceiling of the mine to abruptly crush together, while releasing debris and gasses. Of the 174 men working in the mine at the time, a total of 75 died, with 74 being killed either instantaneously or soon after due to suffocation. As rescue operations strove to free any remaining survivors trapped underground, Canadian and international news media went to Springhill, notable for being the first major international event to appear in live television broascasts (on the CBC). On the sixth and seventh day after the bump, two groups of trapped miners were freed and brought to the surface. The intensity of the event, its widescale media coverage, and the vividness of Peggy Seeger and Ewan MacColl’s “The Ballad of Springhill” have continued to captivate musicians, especially those wishing to honor those who were trapped and lost. Tonight, we’ll hear a few renditions of the song.

We’ll also premiere a Folkadelphia Session with our longtime friend and supporter, Joshua Britton and his musical project Psalmships. Wildly prolific and a new set of songs always in the works, Psalmships has just completed and released I Sleep Alone, a brand new album that keeps haunting long after the final note rings out. Back in April, Britton, along with local greats Brad Hinton and Chelsea Sue Allen, stopped by the studio to share a few of the new cuts with us. I Sleep Alone is now available and Psalmships will be celebrating the release this Friday, July 11th at Bourbon & Branch with Chelsea Sue Allen and Nathan Edwin. A previous Psalmships + Folkadelphia collaboration, known now as My Endless Black, can be heard here.