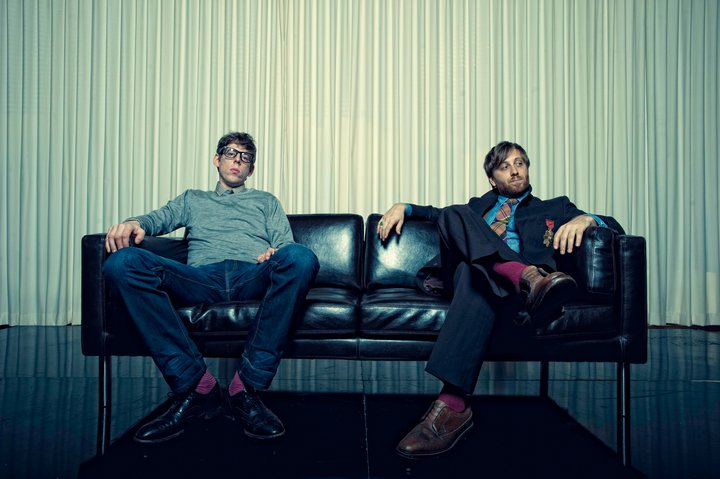 The Black Keys are a band most of us were probably introduced to upon their release of Brothers in 2010, which featured songs like “Tighten Up,” “Howlin’ For You,” and “Everlasting Light.” Since then, they’ve released two fantastic albums, El Camino and the recent Turn Blue, both of which are also jam packed with awesome tunes. But what you’re probably less familiar with was The Black Keys’ early stuff from albums like Rubber Factory, Thickfreakness and Magic Potion, all of which contain a more raw, stripped down blues sound. Heck, they even released a six song covers EP of songs by the cult bluesman Junion Kimbrough, Chulahoma. For this list, we compiled five early Black Keys songs to get you stoked for their performance at the Wells Fargo Center on September 20th.

1. “I’ll Be Your Man”
“I’ll Be Your Man” is a song off of the band’s debut album, The Big Come Up. This live version of the song has a slow “trudging through the mud of the Mississippi Delta” blues sound to it.

2. “10 A.M. Automatic”
“10 A.M. Automatic” comes off Rubber Factory, which is my personal favorite Black Keys album. The album came out in 2004. Check out this really bizarre music video for the song, which features the band playing a random live performance during a rabbi’s sermon. Midway through the song an old lady walks towards Dan Auerbach, but before she can get to him, she’s picked up and placed back in her chair by two security guards. Weird. The video was directed by David Cross.

3. “Set You Free”
“Set You Free” is off of Thickfreakness, the band’s second album released in 2003. It’s a terrific song, which features dynamite Hendrix-esque guitar playing from Auerbach, and rip-roaring drumming from Patrick Carney. You should watch this awesome video of the band performing the song live in Nashville, Tennessee at Grimey’s Record Store in 2006. It’s fitting, given the band’s infatuation for vinyl.

4. “Your Touch”
“Your Touch” is a song from Magic Potion, which was released in 2006, during Auerbach’s big bushy beard phase. This was the last album before the band transitioned towards a bigger and broader audience with Attack & Release. Here’s another great live video from Grimey’s Record Store in Nashville featuring the song (and Auerbach’s beard).

5. “Stack Shot Billy”
“Stack Shot Billy,” a song also from Rubber Factory, is The Black Keys taking their normal blues-to-the-max sound, and turning it up to 11. See what I mean in this live video featuring the band playing the song at New York’s Terminal 5.