How should musicians handle bloggers that want freebies of their physical releases? Here's what Little Big League's Michelle Zauner did. - WXPN 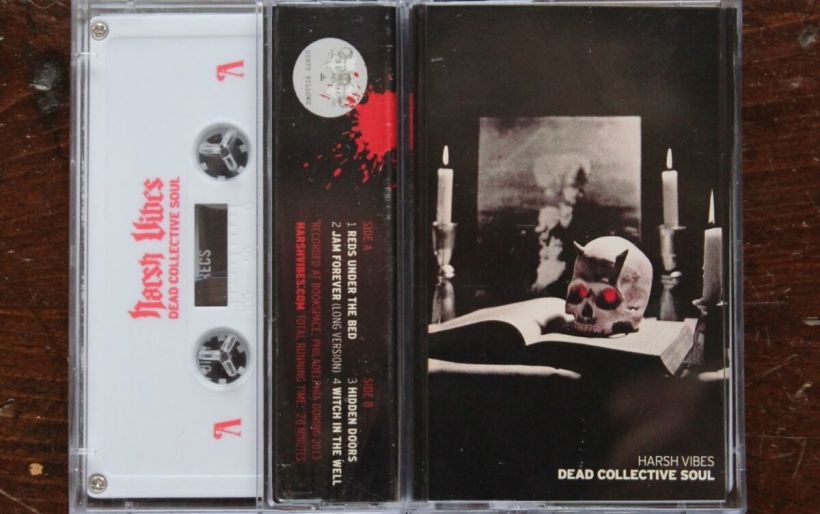 How should musicians handle bloggers that want freebies of their physical releases? Here’s what Little Big League’s Michelle Zauner did.

It’s one of those double-edged swords of being a music journalist. Unless you’re a shameless mooch – the sort our buddies at Philebrity once pointedly dubbed “promosexual” – you probably made your way into the industry so you could turn other people on to artists that you’re personally excited about. However, in the process of doing that, you kinda sorta have to hit up those artists (or their label / industry reps) for freebies from time to time.

As a writer, there are various ways to altruistically handle this. One, simply purchase anything you’re writing about with your own money (nobody does this). Two, approach the artist / their people and ask for a download of the 7″ single / LP full-length / cassette you’re looking to review. Three, if advance leakage and lack of mp3 monetization are a concern for the artist or label, simply make do with a streaming-only version of the music (not as portable as a download, but whatever) and use that in your research.

Amazingly, in 2014, there are still journalists who require a physical copy of a release before they cover it. This recently led to a curious incident involving Japanese Breakfast, the solo lo-fi project of Little Big League’s Michelle Zauner.

The project’s two 2014 EPs are being released as a limited-run cassette, American Sound and Where is My Great Big Feelingvia Sea Green Records this month. Zauner was recently hit up by a music blogger for a copy of the aforementioned limited-run cassette, and the exchange was a little disheartening. She was upset enough that she posted the emails to her Tumblr page last night – we’ll leave the blogger’s name out of this on our end, but if you’re curious, Zauner did identify them in her post.

Here’s how it went down: Zauner replied that she couldn’t afford to send a copy of the cassette, however, free downloads are available on her Bandcamp page, and the writer could feel free to review that. “It will most likely sound better on your computer anyway,” she joked. The blogger didn’t find this funny.

“If you feel like it would sound better on not-cassette then why did you release it on cassette?” they asked, with a implicit accusatory tone. And to be fair, the blog in question focuses on cassette releases. So there’s a little bit of format-defensiveness (maybe format-fetishism) going on here.

Zauner made her case – fans at shows want physical mementos, not downloads. Vinyl pressings are hugely expensive, tape is affordable. Nobody buys CDs anymore; however, some music fans do collect tapes. And as to why she couldn’t part with a tape (aside from the unspoken fact that, dude, it’s limited edition), the cost of shipping would be more than she’d make from selling it at a show. That right there is a nonstarter.

To extrapolate, the larger point here seems to be that if a journalist’s focus is truly about the music and not the object, they should listen to the music in some other format that the artist can gladly provide free of charge. The back-and-forth persisted, however, with the blogger accusing Zauner of cashing in on a trend rather than being honest, and Zauner firing back with a massive email smackdown:

I have essentially been paying people to listen to my music for 10 years. Any small profit I have/had made in japanese breakfast, little big league and post post has gone right back into the band to continue to release music and play shows. I have poured even more money from working jobs waiting tables and kissing corporate ass to help cover recording costs, eating on tour, gas, insurance, vehicle.

I think you are reviewing cassettes for the wrong reasons if it’s not to help out artists you are interested in.

Ouch. From there, it got even harsher in tone, and ended with Zauner asking him not to contact her again – you can read the whole exchange here, but I’ll stop, lest I get distracted from the point that this passage so sharply crystalizes.

Bloggers, critics, journalists, writers, or however they choose to identify, should have one primary objective in what they do: the music.

Sure, it’s okay to have a bias towards a scene or sound…or city, kind of like the way we rep the music of the Philly region hard, alongside our brothers and sisters at Jump and The Deli. A focus on format is cool too…some people really do believe they can hear the difference between a 320kbps mp3 and an 180g LP and good for them if they can; it makes sense that they’ll only want to read about music that meets their audio specifications. And yes, if you’re trying to write up a release before it’s available, it requires some degree of moochery to get an advance copy.

None of those concerns should take priority over the music, however. It’s 2014. Digital recordings sounds great, are usually free and widespread. When I contact a musician or label to request an album, I only ask for digital. When a musician contacts me asking to send a physical album, I steer them away from sending one. I’ll listen quicker if it’s an mp3, I’ll tell them, and you’ll have another item to sell at your merch table.

Or at least nine times out of ten that’s the case. Sometimes an artist I’m really psyched about enthusiastically insists they give me an vinyl copy of their latest record, which I’m also psyched about, and it’s like, sure, yes, if you’re insisting. But J-school ethics are so hammered into me that I almost always feel a pang of guilt at doing this and quietly wish they’d kept it so they could have an extra $10 or $15 in gas money next time they tour.

Bottom line: when artists, especially independent artists with no labels bankrolling their pursuits, are sinking hard-earned money into making their art available as an artifact, it’s the duty of the journalists covering their art to at the least recognize this. Hopefully they’ll be conscientious about it. But at the very least, they shouldn’t turn the tables and punish the artist who is struggling to make their career sustainable.