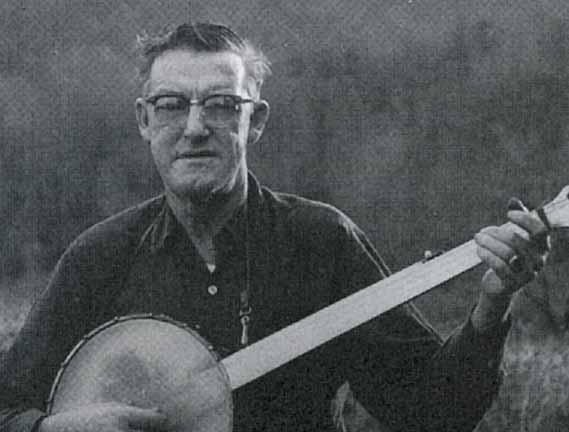 A focus on Fred Cockerham’s “Little Satchel” and a tight session with Mason Porter, tonight on Folkadelphia Radio

Nothing can stand in the way of true love or at least that’s what we’re led to believe. In fact, it seems, that many obstacles on this earth can block the meeting of two lovers. Such is the case in “Little Satchel,” a song composed by North Carolinian fiddle and banjo player Fred Cockerham. Since its introduction, it’s become a popular banjo tune, easily adapted to contemporary tunings and stylings. When I first heard the song from Sam Amidon, a true modern interpreter of folk music, I was struck by song’s story. The narrator seems to be singing directly to his lover, asking her to discuss marriage with her father, and if he does not consent, they’ll find another way. In happier stories, the father would consent or the lovers would run away together, but “Little Satchel” takes on a tragic, more lonesome ending. Our narrator is in prison and surely if he was an angel, “over these prison walls I would fly.” He concedes that he’s no angel (no wings, no innocence) and he’ll “go back all brokenhearted, weep and moan until I die.” Quite a dramatic reveal. In all of this, I wonder where the other lover is, what she is doing, how did she feel and how does she feel now about our narrator. Did an interaction between lovers or between the lovers and the father land our narrator in jail? Many questions, but no answers and instead just a heart-rending tale of unrequited love.

Tonight on Folkadelphia Radio, we’ll also hear from West Chester and Philadelphia based group Mason Porter. At the beginning of 2014, they released their latest album Home For The Harvest and they visited the WXPN Studio to play songs from it. What we get is a tight-knit and dynamic performance drawing equally from Americana, bluegrass, and roots-inflected rock.