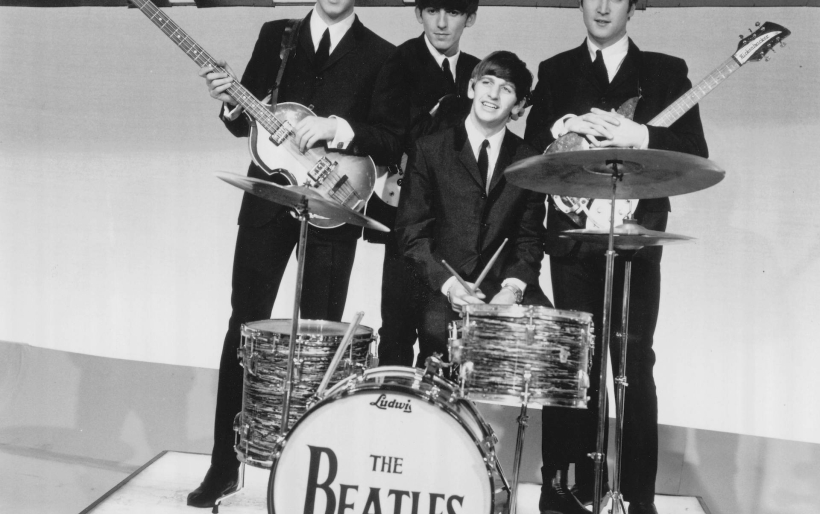 English rock and pop group The Beatles, from left Paul McCartney, George Harrison, Ringo Starr and John Lennon (holding his 1958 Rickenbacker 325 guitar) posed together on stage during rehearsals for the ABC Television music television show ‘Thank Your Lucky Stars’ at Alpha Television Studios in Aston, Birmingham on 20th October 1963. the band would go on to play three songs on the show, All My Loving, Money and She Loves You. (Photo by David Redfern/Redferns)

The Beatles, live at Convention Hall in Philly, September 2, 1964

This year marked the 50th anniversary of The Beatles’ initial trip to our side of the pond and their first ever North American tour. If you didn’t know this, you must have been in hibernation back in February. The 1964 summer tour would eventually include an unlikely stop in Philadelphia on September 2 that almost didn’t happen. Thanks to a relentless Philly rock n’ roll radio personality and some tricky planning, it did.

DJ Hy Lit – Hyman Aaron Lit, or Hyski O’Roonie McVoutie O’Zoot, as he would dub himself – was the top disc jockey on WIBG-AM (Wibbage, as it was tenderly known) in Philadelphia. In February of 1964, before The Beatles’ big break on the Ed Sullivan Show, Hy Lit knew something that evidently not many others in the business did: that this shaggy-haired group of kids hailing from the UK were on to something big, and that Philadelphia needed to be a part of it. What follows is a short history of The Beatles’ debut Philadelphia concert, collected from sources including Hy Lit’s website, news reports and unofficial Beatles web archives. (Below, you can listen to the entire concert and watch a short video of it.)

In February, Hy was introduced to the band at a meet and greet in New York. Immediately after he called the William Morris Agency, The Beatles’ booking agent, asking what it will take to get them to his city. A $25,000 check one day later, and the Beatles were booked for the Convention Center in Philadelphia. The timing was perfect. Only weeks later, the Beatles would appear on the Ed Sullivan Show to a whopping 73 million viewers, and the pandemonium known as “Beatlemania” would thereafter commence.

Tickets went on sale that May, and the 13,000 seat Convention Center, with tickets going for $2.50 – $5.50 a pop, sold out in 90 minutes. When the Beatles returned to the U.S. that summer for the start of their tour, every person under the age of 50 knew the names Ringo, Paul, John and George, and the country was in a frenzy. 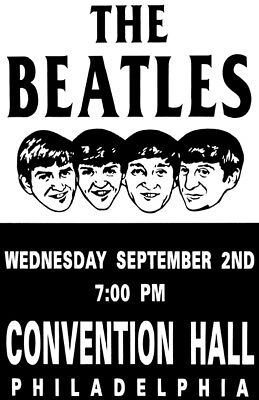 For Hy Lit in Philly, booking the Beatles seemed like a walk in the park next to the task of actually getting them into the city and into the Convention Center. If the frantic and maniacal nature of “Beatlemania” wasn’t enough of a security issue, the city was reeling from recent race riots just days before the concert, which, according to a February piece in thePhiladelphia Inquirer, “provoked three days of lawlessness and racial violence in North Philadelphia that resulted in no deaths but left 341 injured, 774 arrested, and 225 properties damaged or destroyed.” In light of high tensions and social unrest in the city, Hy would devise an inspired plan with the help of none other than controversial Philadelphia Chief of Police Frank Rizzo. From HyLitRadio.com:

In the week before September 2, 1964, I would hear from Frank Rizzo, Captain of the Philadelphia Police. He had called to say his boss and children wanted to meet the Beatles. I said you got it. But there is a problem. We’re being outnumbered by the fans. So Rizzo Said, ‘The only problem you have is getting them into convention hall, and I’ve got an idea’. Frank and I arranged to have the Beatles smuggled in, from Atlantic City, where the day before they were performing at the Jersey Shore. While a decoy limousine procession traveled up the New Jersey White Horse Pike, a Hackney’s fish truck, carrying the Beatles, slowly rolled up the Black Horse Pike, and casually passed thousands of screaming fans, into the food service entrance at convention hall. And so it had worked. We held a news conference that the Beatles are in the building September 2, 1964.

The Beatles were joined by The Bill Black Combo, The Exciters, Jackie De Shannon and Clarence “Frogman” Henry (the latter artist having replaced The Righteous Brothers, who left the tour allegedly due to being ignored and drowned out by screaming Beatles fans). According to HyLitradio.com, “Hy took to the stage to introduce the Beatles. The crowd immediately enveloped into a roaring frenzy for the entire duration of the concert. In fact the cheering and the screams were so loud and at times there was such emotion that it was difficult to even hear the Beatles sing.”

With no stadium seating at the Convention Center, many fans had to stand on their chairs in order to get a look. Despite the seating, and the fact that Hy Lit actually lost $5,000 on the concert, the event was legendary, and one of only two shows the Beatles would play in Philadelphia. For Hy Lit, the mastermind behind bringing the Beatles to Philly, his part didn’t end there: after the show, when it was realized that every hotel in town was being staked out by frenzied teens, the Beatles were taken to Hy’s house for the night. That’s brotherly love for you.