Listen to S.T.S. collaborate with Black Thought of The Roots 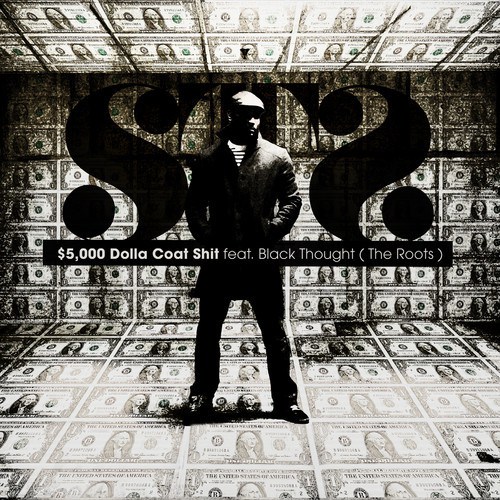 Listen to S.T.S. collaborate with Black Thought of The Roots

It sounds like S.T.S. may have a hit on his hands. Yesterday, the Philly rapper released a brand new track from his upcoming project WhiteGold: 215’s In My Trunk featuring local leading man, Black Thought of The Roots.

“$5,000 Dolla Coat Shit” is a great song for two reasons, starting with the beat. It has a plethora of energy for the listeners, plus it also doesn’t hurt that it has a Santigold sample on it; way to keep this song Philly-centric, S.T.S.

Second is the mixture of attitudes that you get from the song. Black Thought gives you the feeling that he’s reminiscing about his past and how it led him to receiving a $5000 coat. S.T.S on the other hand comes across as a confident young dude who, as he would put it, has it in his bag. It’s as if he’s walking around the studio in a $5000 coat feeling like the world can’t tell him anything because he made it. With a good hook, lyrics, beats and sample it’s safe to say that S.T.S. has a banger in his hand.

S.T.S. plays the Red Bull Sound Select showcase at Underground Arts on September 27th (get tickets and information at the XPN Concert Calendar) and will appear on The Key Studio Sessions earlier that week. Check out “$5,000 Dolla Coat Shit,” below and see what you think.