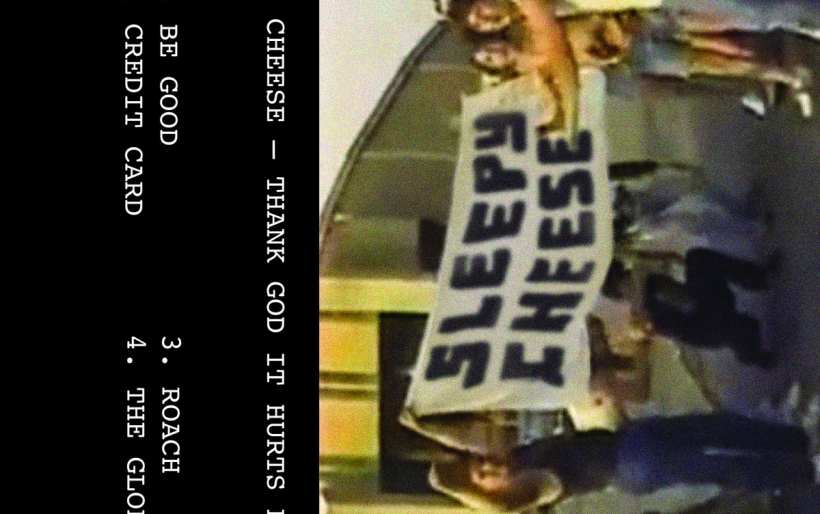 Yesterday, a musician named Sky Traceable reached out to us via e-mail asking us to listen to his first song from an EP that he recorded in his parents basement on cassette. “Parents basement.” Check. “Cassette.” Check. So we listened to “The Glory,” and within seconds we fell in love with the crunchy, buzzy, plodding, heavy rock vibe of the song, that you can download for free.

“The Glory” is from a forthcoming 4 song EP/cassette, Thank God It Hurts by Traceable’s musical project Sleepy Cheese. The EP is being released on Halloween on Forged Artifacts, the Minneapolis based label that recently released the excellent Los Angeles Police Department album.

We exchanged an e-mail with Traceable to confirm our suspicion that he had roots in Philly. He said:

i worked at the breugger’s bagels in ardmore the summer the union workers constructed the giant inflatable rat out front. i’ve smoked marijuana at bryn mawr college, haverford college, baldwin school, and harriton house. i’ve bathed in the fountain at logan circle. my ghost still roams near the part of gladwyne where the road overflows with water.

With nods to Black Sabbath and Blue Cheer, and filled with loud scuzzy guitar and a lot of mumbling, download “The Glory” below.