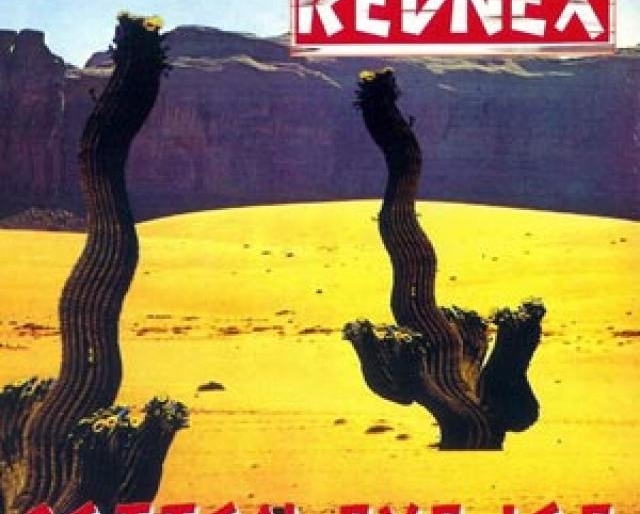 So far, so good. Follow the conversation about the 88 Worst Songs as voted on by the WXPN listeners on twitter with #88worst. Here’s a sampling of some of our favorite tweets so far. Thanks for listening to the #88Worst Songs countdown. Check out the final list here.

Thanks everybody! It was fun. I think. #88worst#885countdown@wxpnfm

#88worst my dog refused to come inside when she heard this song @wxpnfm@WXPNDanReedpic.twitter.com/0tuTH1EFRn

The most disappointing thing about Lou Bega being a one-hit wonder is that we never got to hear Mambos #1-4. #88worst#885countdown

As I do radio traffic reports, I’m surprised I haven’t seen an uptick in accidents on the roads since the #88worst started.

A little bit of Rita’s all I need #88worstpic.twitter.com/PxWZB0Bo2u

#88worst#885countdown Most of these songs are my favorite! Horse With No Name? Kokomo? Nookie? These are classics!!

Hey Journey: You have no place to hide today. #88worst#885countdown

@wxpnfm Hundreds of millions of $$ invested in digital media innovations, so I can capture this moment #88worstpic.twitter.com/gDRkhJc2Vs

#885countdown Okay XPN, I swore I would do my best to sit through every one of these songs…but I knew it would be Meatloaf to break me

alright well this one I actually totally hate #Creed#88worst

#88worst I want to Rock and Roll all night, then sleep in, have brunch and take a long nap on the couch.

The best part of the #88worst countdown is really the apologies you get before and after each song.

Feeling physically ill after listening to all of “Margaritaville” on the @wxpnfm#88worst countdown. #straightedgemeansImbetterhanBuffett

@wxpnfm this is the best morning of my life

I listened to Creed, I listened to Manilow, but I just had to turn it down for Gangnam Style #885worst#885countdown

@wxpnfm This is fucked up

@wxpnfm just played “My Humps” and a piece of the universe died. #88worst#88WorstSongs#885countdown

Whoever knew the power of music could be so….. wierd? #88worst

@wxpnfm#88worst Ice Ice Baby is so bad, Beavis and Butthead were deprived of words after watching only ten seconds of the music video.

Impossible to argue with the inclusion of Disco Duck. #88worst#885countdown

I confess. I left the cake out in the rain. It was me. #sorrynotsorry#88worst

Why am I enjoying the 88 worst so much more than the 885 best? #88worst@WXPNDanReed

“Come on Barbie, let’s go party!” NO. One of the most annoying songs ever. How much helium did she inhale before recording this? #88worst

#88worst This is the first time I’ve ever heard “Muskrat Love”. Whatever you guys were all on in the 70’s, I want some.

Noooo, not Paradise by the Dashboard Light?! This was the resounding theme song to my high cool years. #88worst#885countdown

Barbie Girl is the gateway drug to Blurred Lines #88worst#WXPN

WXPN is playing Bieber. The world is collapsing. #88worst

Dying so much over 88 worst songs of all time on 88.5 @wxpnfm#SoBadItsGood@annelise_27 gets it #phillyradio

Listening to #88worst is like driving past a car wreck. You don’t want to look but a sick part of your soul forces you to stare. @wxpnfm

Every song is the worst until the next one comes on. #88worst

How sad is this? It’s an absolutely gorgeous fall day and I’m sitting inside listening to these awful songs And loving it! #885countdown

I think @wxpnfm countdown proves that free downloads from U2 should be a problem for no one. #88worst

I can honestly say I can’t remember the last time I willingly sat through Achy Breaky Heart from start to finish. Thanks, @wxpnfm. #88worst