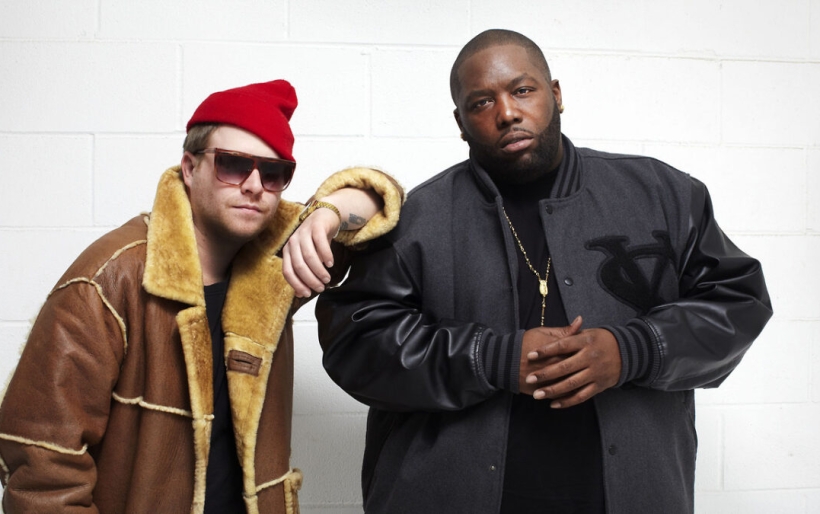 Last week Run The Jewels dropped their new album Run The Jewels 2, and in just six days the album has already received positive reviews from critics such as Pitchfork Media, The New York Times, Clash Music, Stereogum and more. After listening to the album, which you can checkout below, it’s not hard to see why this hip hop duo has gotten such good feedback.

Whether it’s Mac Miller, Big K.R.I.T, Logic, or others, it seems like a majority of quality hip hop is coming from the underground scene and Killer Mike & El-P, do a fantastic job of proving that to be true. These two came together and each brought something dope to the table when creating RTJ2.

While El-P gives the album hard hitting beats that will blow your mind, Killer Mike brings his talent as one of the best lyricists in the game. It’s also a pleasure to see that El-P holds his own throughout the album with his own lyrical ability. The tightness, evocativeness and creativeness of this record will surely have it on the top of hip-hop’s Best of Lists come December.

For those who may not know what the phrase “run the jewels” means, it’s simply a person, probably a bully or a thief, who is demanding someone to give up their prized possessions. When you listen to this album and the rappers’ previous work, you can hear that both of these MCs are lyrical bullies.  They use their verses to be aggressive towards other rappers. With lines like “I’m putting pistols in places at random places / Like, ’Bitch, give it up or stand adjacent to Satan’,” and “Motherfuck your permission / It was never yours to begin with / And every bar of that bitch shit you spit is your fucking prison,” show that these poetic monsters are ready to destroy any rapper who challenges them.

Besides hard aggressive lyrics you also get to hear good content and storytelling on RTJ2. You’ll hear El-P bring light to the fact of how cruel the world can be in “All Due Respect” when he says “Can’t relate to your First World struggles / You want safety, hugs and cuddles / IEDs will leave bloody puddles.” Meanwhile Killer Mike shows his skills as a storyteller in “Crown,” sharing his past of being a drug dealer and selling to a pregnant woman and how the guilt of his actions haunts him to this day, “I’m guilty, I reckon, cuz I hear that good shit can hurt baby’s brains / Heard he was normal til three and then he stopped talking, since then ain’t nothin been the same.”

The lyrics might be aggressive and and the stories might not leave you feeling any happier, but these guys know how to turn the ugly truths of life on the street into poetic verses that break down walls and get conversations started.  You just can’t ignore Run the Jewels.

You can catch Run the Jewels tonight at The TLA. More information about the show can be found at the XPN Concert Calender.