Go underground in "Rather Die," an experimental hiphop collaboration between Nah and GIVV 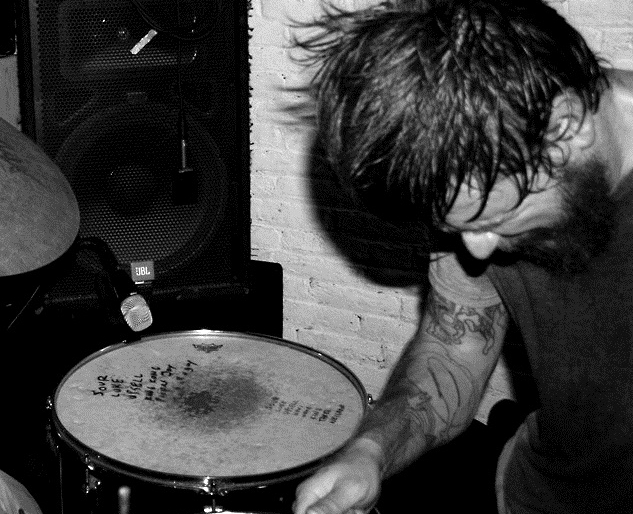 Go underground in “Rather Die,” an experimental hiphop collaboration between Nah and GIVV

Experimental Philly-via-Lancaster outfit Nahreleased released their record WOE in August, a diverse set featuring guest vocalists Prince Asshole, GIVV, and Tzii, and showing a range in hip hop styles, sometimes utilizing one-hit sampling and white noise as in “Knelt Over Body”, and some using aggressively arpeggiating synths with a smack-down drum beat like in “Born.” One of the standout tracks on the album, however, was one of Nah’s collaborations with GIVV, “Rather Die.”

The track itself features a brutal kick drum countered by ambient high-range percussion and eerie effects, giving a pretty dark feel to the track. The silver-tongue vocal work from GIVV provides a fast-paced yet consistent groove to the track that almost makes one wonder if he ever pauses to take a breath. In short, the track is dark and somewhat brutal and everything I love about experimental hip-hop.

As if the track couldn’t get any better, Nah released a music video by Brandon Kuzma for the track this week. The video fits the feel of the track perfectly, providing a gritty, in grittiest sense that gritty can be, look at the literal underground of New York City. The video tours the subway system, cutting quickly between shots of vacant railways, empty stops, and forlorn trains shoving their way through the dark. The only person in the video who receives any focus is the vocalist GIVV, who is shrouded by a hood presenting a very ambiguous and even dangerous-looking figure.

Check out the video belo and download the album for a “name your own price” donation on on Bandcamp. The album will be released on 12″ vinyl on January 6th via Ranch Records, and Nah plays tomorrow at Chill Collins in Port Richmond; tickets and info can be found here.