By John Vettese
December 02, 2014
07:12 PM
Share
Bobbie Gentry’s classic Ode To Billie Joe will be explored in a new 33 1/3 book and performed by Philly musicians this Friday at Free at Noon and Underground Arts

When Tara Murtha first heard the music of Bobbie Gentry, she couldn’t believe she hadn’t found it sooner.

It was about eight years ago, back when the Philadelphia writer started dating her now-husband Jesse Lundy. She characterizes it as the point in a relationship where one partner is trying to impress the other, show off their taste a bit, and Lundy did this with a copy of Ode to Billie Joe, the 1967 debut LP by the multifaceted Mississippi-born musician who disappeared from the public eye in 1980.

After listening, Murtha was intrigued, and took to Google to learn more. The first thing she came across was a video of Gentry on the Smothers Brothers Comedy Hour, surrounded by dancers in bright colors, making her way through an elaborate stage set designed like a Louisiana swamp. It was 1967 and she was performing her rendition of “Niki Hoeky,” a song by Jim Ford and Pat and Lolly Vegas.

“I thought ‘this woman was amazing, how have I not heard about her?’” Murtha recalls in a phone interview. “That was the rabbit hole I went down.”

On December 18th, Bloomsbury’s 33 1/3 franchise will publish Murtha’s exploration of Ode to Billie Joe, but it’s about more than the album. The popular series of pocket books studies iconic rock records, sometimes through straightahead track-by-track descriptions; other times, like Daphne Brooks’ memoir framed around Jeff Buckley’s Grace and John Darnielle’s fictional novella involving Black Sabbath’s Masters of Reality, they are more abstract ruminations. Murtha takes neither approach, instead presenting a history of Bobbie Gentry as a mysterious and misunderstood artist, analyzed through the lens of the record.

Here in Philadelphia, there’s a live music component to the book as well. Murtha tapped a handful of local musicians, led by ubiquitous upright bassist Phil D’Agostino, to organize an album tribute. Calling themselves The Lower 40, the band performs the record this Friday at WXPN’s Free at Noon concert, and headlines the release party for Murtha’s book at Underground Arts on Friday night.

The band name is a nod to a lyric from the title track: “There’s five more acres in the lower forty I’ve got to plow.” It’s the sigh and a shrug of a delta farmer who, rather than mourn the suicide of a local teenager, just notes more work he has to do. Bobbie Gentry, photographed for a November 10, 1967 issue of Life Magazine, walks across the Tallahatchie Bridge mentioned in “Ode to Billie Joe”

This is kind of the point of the song, which packs a lot of narrative into its four minutes and change; a family sitting at their kitchen table, passing biscuits and murmuring pleasantries while totally detached from a local tragedy of young Billie Joe McAllister, who had just jumped off the Tallahatchie Bridge.

Told in the first person by an unnamed narrator – the daughter of the family – “Billie Joe” is pointed and subtle in a way that other teen death songs of the 60s were not, and became so popular that the album’s sales ultimately unseated The Beatles’ Sgt. Pepper’s Lonely Hearts Club Band from the top of the Billboard charts.

Part of that popularity definitely had to do with the mystery. “Why did he jump? What was the narrator’s involvement? What were they throwing off the bridge?” It was sort of the “Who killed Laura Palmer?” of its day, but Murtha says those details are merely a MacGuffin – a literary term for a plot point that drives all the action but is ultimately irrelevant. “I think she strategically wrote it that way,” Murtha says, and for years Gentry was faced with questions about those whys and whats in interviews and refused to answer.

The mystery of the song was one of the ways Gentry found herself creatively boxed in – even as she released subsequent albums, with some (1970’s Fancy) also achieving considerable commercial success, focus kept turning back to the popular story-song from 1967 with all those unanswered questions. (A movie version was ultimately made in 1976 to reveal all secrets, and it presented young Billie Joe as confused and distraught after having a sexual encounter with another man; the debate among fans over the questions continued even after.)

Another way Gentry was boxed in was as a country singer. As Murtha points out in the book, she was more of a pop singer with country leanings, and by the end of her career had completely moved on from the down-home vibe that tied together Billie Joe. Even that album had notes of blues, jazz and Hawaiian sounds. Subsequently, on Fancy, she adopted more of a soul-rock sound from recording in Muscle Shoals, and later dabbled in theatrical and television performances, both from the talent end and the production end. But those are typically not the things you hear about when her name comes up.

“It’s an amazing song,” Murtha says of “Billie Joe.” “It’s hard to say if it’s her best; it’s certainly most significant because it got her on the map and so interesting because it’s sung from a first person point of view, really solidified her as a personality.

“It’s key to who Bobbie Gentry is,” Murtha says. “But it’s also a double-edged sword in that it also trapped her into a persona she spent a lot of time trying to transcend.” 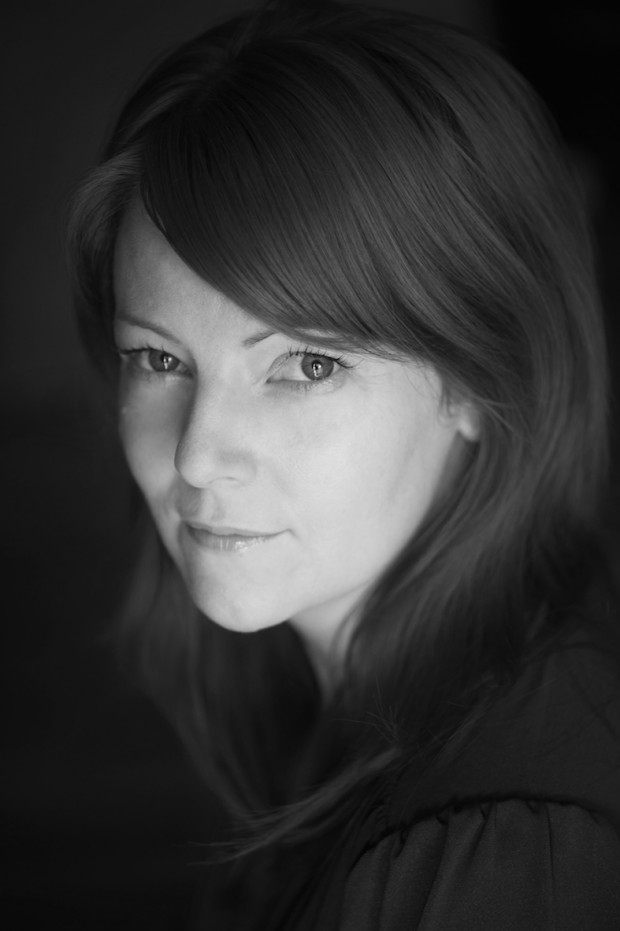 Tara Murtha, author of the 33 1/3 book about Ode to Billie Joe | Photo by Lisa Schaffer | SkylerBug.com

Murtha was fascinated the more she learned about her career. As a musician and songwriter, as a woman in the history of music, and from a business standpoint, Bobbie Gentry was ahead of her time. It was never a question of whether Murtha was going to write about her, but how. She knew she wanted to go deeper than a magazine article would allow.

“Rosanne Cash is always talking about her, and did an entire record inspired by her,” Murtha says. “Tony Joe White talks about writing ‘Polk Salad Annie’ after listening to ‘Ode to Billie Joe.’ I kept seeing her mentioned, and knew I wanted to do something longer and more indepth.”

When the 33 1/3 call for submissions opened in 2011, she submitted a 75-page proposal for the project and was accepted. From there, Murtha set to work sorting through hundreds of names and conducting dozens of interviews with musical collaborators, people who knew and worked with Gentry, other journalists who have studied her.

Among the characters she talks to over the course of the book are Bryan Holley, a Southern Oregon man with a unique Gentry connection – his father married Gentry’s mother, and he inherited boxes of Gentry’s belongings playfully dubbed “the Bobbiebilia.”

There was also 82-year-old Capitol Records producer David Axelrod, quite a character with colorful stories to tell, and Jimmie Haskell, a string arranger from New York who is not certain but reasonably sure that the original music charts for Ode to Billie Joe are in a box in his garage somewhere.

Not everybody could be reached though. Most people she needed to talk to are very old; many are no longer living. She tried keeping track of how many names showed up as deceased in her research, but it became too morbid. (She says it hovers around 40.) “In many ways, it was a race against time,” Murtha says. “It’s been almost 50 years since the record was made.”

Gentry herself is still living a reculsive life, and Murtha attempted to make contact and interview her for the book, but she – through a business manager – politely declined to be interviewed. In the book, Murtha describes receiving the rejection letter from her subject with a mix of disappointment and respect. (“The woman just knows how to say no,” she writes.)

“I made my case. I requested, and I certainly didn’t think she’d say yes,” Murtha says. “I think she’s going to talk when she wants to, if she wants to. I wouldn’t be surprised if one day she wrote her book, if she’s been making music this whole time.

“Everybody I talked to about her says how she had showbiz in her blood, “ she adds, “how she was always thinking about next creative project, so I don’t think she would have just stopped being a creative person.” 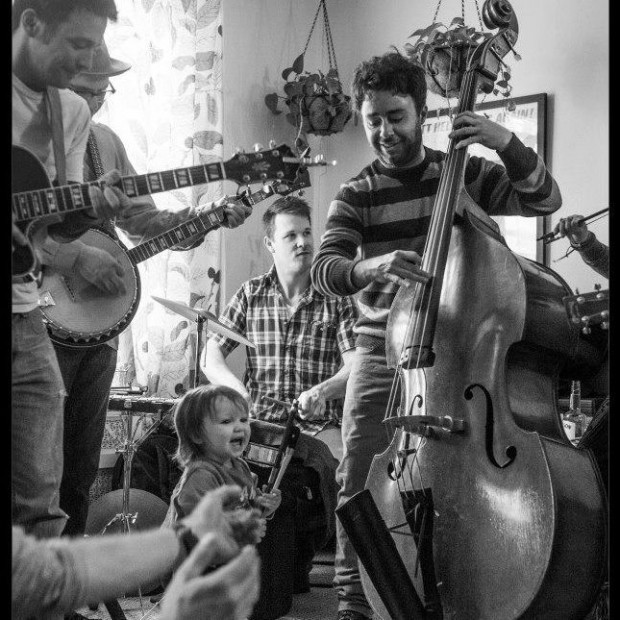 For the concert on Friday, an eleven-piece band will re-create Ode to Billie Joe, under the direction of D’Agostino. He says that the album was a unique challenge to arrange – sheet music isn’t available (the whole album wasn’t released digitally until recently), so it had to be pieced together by ear. And though the sound of Ode is often quiet and spacious, there’s a lot going on.

“It’s a big band, but minimal playing for the most part,” D’Agostino describes. “Rhythm guitar and bass are the only anchors for lack of a better word. Every other instrument is playing linear, melodic bits throughout. The string arrangements are ornate, but ornamental. The guts of the tunes are bass and guitar.”

He first learned the title song while gigging with Jay Ansill’s Cheese Project – a local tribute to 60s am radio hits. “I knew it from the Time Life commercials, those hits compilations,” D’Agostino laughs. “But that was the extent of it. I was aware of the song, and the mystique of the record; the folklore and how it was a portrait of life in the Mississippi delta. But I didn’t know the songs, so this was my first time really learning the material.”

D’Agostino said he tried to keep the group small (he estimates there were 20 players on the record) but couldn’t do it without sacrificing the sound.

“I kept thinking I’d be able to get away with not adding certain instruments,” he says. “And then as you go on, you realize how integral those instruments are. Like vibes – when you hear it on the album and realize it’s missing from your group, you go ‘oh man there are vibes on there, I wish we had a vibes player.’”

The vocalists will split the album’s ten track at two apiece – Murtha says Rosetti was one of the first that sprung to mind for her. “Every time I hear ‘Papa, Woncha Let Me Go to Town With You?’ [from Ode], I hear Sue’s voice,” she says. “And then she listened to the record and said ‘this is the song I want to do!’”

In the time since her interest in Gentry was first piqued, Murtha has seen other voices entering the conversation – singer-songwriters Beth Orton, Tift Merritt, and Jill Sobule, who wrote the intro to the 33 1/3 book; her 2009 album California includes a song called “Where is Bobbie Gentry?”

“It’s really gratifying beyond my book to see her legacy evening out, and having people who are really interested remembering her correctly,” Murtha says. “As a multiinstrumentalist, a pop composer, a songwriter and a producer, not just a country singer that had that one hit.”