An Umbrella for the Music Scene: Tracing the evolution of Broad Street Music Group
WXPN Local

An Umbrella for the Music Scene: Tracing the evolution of Broad Street Music Group

2014 marked the official end of an era when Philadelphia International Records closed. The revered label saw artists such as Teddy Pendergrass and Patti LaBelle working with the legendary producing team of Kenneth Gamble and Leon Huff.

One local organization wants to do Gamble & Huff did for artists. They want to connect all the music resources in the city and make Philadelphia a top music market.

Broad Street Music Group is a name you may recognize. The event production company has been committed to the music scene for over two and a half years. Their goal was to “discovered the undiscovered.” And they’re not slowing down at all.

But the organization is currently undergoing a transition. They will be moving away from being an events and promotion company and evolving into an indie record label called Recollective Records. Four artists have signed on to the roster, including soul man Milton and R&B singer Faylin Johnson.

“We went out to discovered the undiscovered. We’ve discovered them. Now we are putting them on a platform to succeed,” said David Silver, one of the co-founders of Broad Street Music Group.

Broad Street Music Group (BSMG) began in a fraternity basement at Temple University in 2012. While he was living there, Silver saw this space as an opportunity, and invited different bands to play.

After the success of the initial shows, BSMG started hosting more events at local venues. They reached the point where they had over 20 artists booked each week. The group continued to grow and build momentum.

Silver, along with Will Toms and Andrew Rohe, are the owners of BSMG. The whole team of workers and interns is under 30 years old; the average age around 25. Initially it was difficult for them to be taken seriously. As they proved themselves through the shows, their built a reputation and respect from others in the Philly music scene. 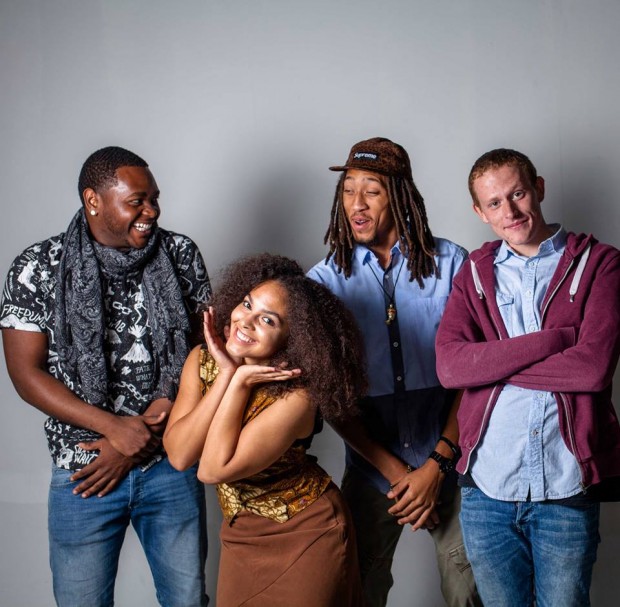 Silver saw many talented artists at house shows and venues that did not know how to progress in the music industry. He then made it a goal to connect these artists to opportunities.

Silver and his team want to be an umbrella organization that works with many independent music resources in the city from publishing to booking to recording. This will help both the artists and companies connect with one another.

“Who’s gonna be the next wave that can provide what they [Gamble & Huff] did? It has to be the youth of Philadelphia,” said Silver.

The company has big plans including an ambitious Kickstarter campaign, which they’re calling RECPhilly; it will be launched in the spring. The campaign aims to raise $150,000. Silver says they also aim to raise an additional $150,000 from private investors.

While the campaign seeks to connect artists and music resources, it is also seeking support from anyone who wants to support and build the music industry in the city – whether that’s a recording studio or even a bakery. Silver noted that a bakery could support the campaign by having #RecPhilly written on muffins. “When we raise the money, x amount will go to you. Small businesses will get an economic boost. We’re going to help fund it, and the money is going to be dispersed at the end of the day,” said Silver.

They see this new venture not as competitive but collaborative. “We want to work with everyone to achieve their goals. And if that means we send an artist to another label, that’s what we’ll do,” said Silver.

Recently, the BSMG team hosted a town hall meeting to connect businesses that can provide services to one another and start a discussion of ideas. They plan to follow up and have several more town hall meeting, the next is scheduled for December 16.

Silver stresses that this campaign is meant for everyone with “positive attitude.” He is looking to work with anyone or any company “with integrity and transparency.”

He believes working together and sharing resources is the best way to create a thriving music industry, one that is on par with New York and Los Angeles.

RecPhilly has already been nominated for “Movement of the Year” at the Philly Hip Hop Awards. In early 2015, you can expect to see this campaign rev up.

“We have a very positive message, and we’re very loud about it,” said Silver.