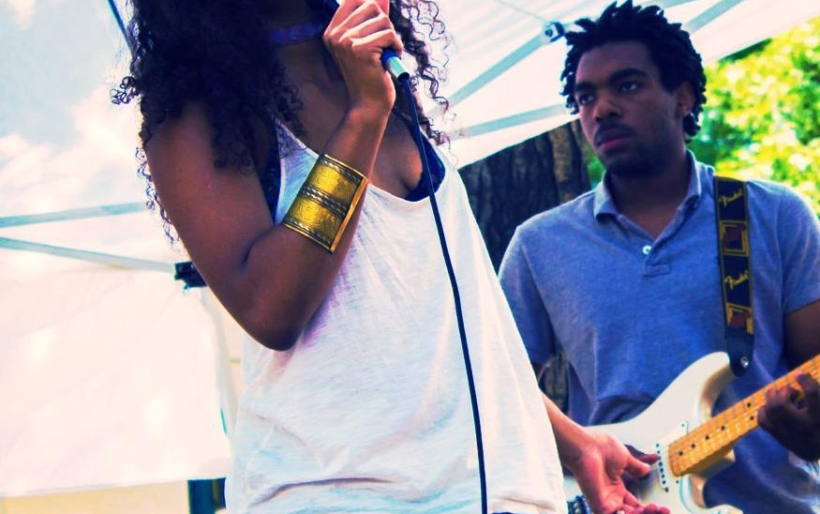 Year-End Mania is the Key’s survey of the things below the surface that made 2014 awesome. In this installment, contributing writer Sameer Rao talks about songs that make you feel.

In case you didn’t read and feel what I wrote and felt last year, let it be known far and wide that 2014 was yet another hell of a year for nerve-poking chords, chill-inducing croons, and all manner of music that brought on heavy cases of the feels. And since this was a banner year for local artists of all stripes, we’re making this one Philly-exclusive. Get your tissues out for this list.

5. Brielle – “144,000”
The weight behind Brielle’s The Rough Break-Up EP – a magnificent work in its own right, its origin story and fallings-out with producers not withstanding – is searingly evident in the lush downbeat RnB instrumentation and heartfelt vocals that the singer/producer/instrumentalist laces through every song. EP opener “144,000” is the kind of song you listen to in the middle of a stressful day, trying to catch a moment of peace and inspiration to get back to the drudgery of work/classes/family/whatever else you have going on that made you take some time to yourself anyway. Brielle’s deft vocal runs lend piercing emotional clarity to lyrics that are otherwise buried in the instrumental mix, but what she’s saying doesn’t even have to matter here. This is what contemporary RnB aspires to be, but what folks like Drake and Jhené Aiko (Brielle’s clearest musical progenitor) can’t even begin to touch.

4. The Roots – “Never (feat. Patty Crash)”
The Roots were always the kings of serious, pensive moments and thoughtful instrumental underscoring. Fortunately for us, the legendary hip-hop group’s taste for the grandiose has only grown more insatiable since aligning their fortunes with Jimmy Fallon’s. “Never” is the standout track on this year’s strange, majestic …And Then You Shoot Your Cousin, and its cacophonous tapestry of agile rhymes, staggering percussion, and angular strings and choral vocals actually reels listeners in instead of repelling them. The end result is a sobering view into the album’s MO, an investigation of real lives hidden from public view in American inner cities. Given the times in which we live, “Never” hits the nerves with increased relevance.

3. Kate Faust – “Matter of Trust”
Singer-songwriter Kate Faust has spent the past year building a sort of slow momentum that betrays the immediate accessibility of her music – equal parts RnB, electronica, and synth pop (which, really, don’t have too much separation nowadays), Faust’s music calls to mind the better intentions of albums like Taylor Swift’s megabit 1989. Faust’s robust, warm vocals and haunting direct lyrics paint scenes of uncertainty mixed with exuberance that overwhelm the senses and leave listeners filled with vague, undefined senses of longing. It’s not quite party music, but infectiously poppy songs like “Matter of Trust” could easily be a sing-a-long anthem – you know, the kind that young urbanites scream in the privacy of a few friends, missing every note and letting their catharsis hang in the air for the next time they get together.

2. Pattern is Movement “Gone My Love”
In their second year at number 2 on this countdown, celebrated local duo Pattern is Movement proved their allegiance to classic RnB sentimentality and yearning all over this year’s criminally underrated Pattern is Movement. I could isolate nearly every phrase and instrumental on the album for this countdown, but they really swung for the fences on “Gone My Love”. From the first syrupy incantation for “The warm, silken heart/from your mouth, moist and soft” through layer upon layer of rich harmonies, singer/keyboardist Andrew Thiboldeaux calls to some form of lover with conviction of purpose and shameless vulnerability. This is the kind of risk that separates Pattern is Movement from so many of their indie rock peers, for most of whom their flirtations with RnB read more as trend-flirtation than actual love for the genre’s roots. Maybe you could chalk it up to their Christian upbringing. Who knows or cares? That implacable sense of yearning you feel? That’s how you know they’ve done their job right.

1. The War on Drugs – “Eyes to the Wind”
A lot of words have been said about The War on Drugs this year, including on this website. But let’s forget all of that for a second. “Eyes to the Wind” speaks volumes about what these hometown American-a (pun intended) heroes do best – building on a theme for minutes, introducing and weaving new ethereal components into every phrase and slowly building a remarkable tapestry that always threatens but never manages to run off the rails. Instead, Adam Granduciel’s smoky, minimalist vocals ground the whole thing in an everyman-type urgency towards taking on the future (that’s what this song’s about, right?) that takes listeners by the heart and pulls them towards the song’s inevitable conclusion. Lost in the Dream is filled with these moments, but “Eyes to the Wind” is maybe the only song on this remarkable album where the song’s emotional core takes over its immersive sonic sophistication. I wouldn’t listen to this one on a whim, unless your whims involve deep existential awakening.

So that’s been another year, and I’m out of tissues. Who did we leave out? Which local artists made you feel some kinds of ways this year?