The Key’s Year-End Mania: Marc Snitzer’s Top Five Things I Did Not Understand Until 2014
WXPN Local

The Key’s Year-End Mania: Marc Snitzer’s Top Five Things I Did Not Understand Until 2014

Year-End Mania is the Key’s survey of the things below the surface that made 2014 awesome. In this installment, contributing writer Marc Snitzer shares five things he didn’t get till this year.

I like to believe that, for the most part, I have my finger on the pulse popular culture and #trendingtopics. I spend a lot of time looking at the Internet and all sorts of blogs and websites that can be found on it. It’s great. I think I was able to talk about Black Mirror like five times at a party last weekend. But I am also stubborn and sometimes it takes a while for my eyes to open up, like dewy flower petals on the first day of spring, to cool-ass shit. Here are five times this has happened to me this year. Sorry in advance that this list is so me-centric, but Time Magazine once named me 2006’s Person of the Year.

I interviewed Modern Baseball for the Key’s Unlocked series back in February when singer Jake Ewald told me he really likes it. The rest of the band and I had a good laugh at his expense. A boy! Likes that show with Zooey Deschanel! Ha, ha, ha, adorkable.

He assured me that it’s actually real dope. Even bandmate Brendan Lukens begrudgingly admitted to slowly coming around to it. The joke was on me, because New Girl is the best. There is a lot of sitcom gold and romantic tension and at the end of the day, Jess, Nick, Winston, Schmidt, Cici and Coach (that’s the gang) are a real blast to just sit down and hang out with. She’s a kooky girl living with boys, so watch out. Maybe Nick and Jess getting together was a bad idea (they’re roommates!) and maybe Winston is a weirdly underwritten character (adopting a cat is considered a season-long Winston arc) but Happy Endings has been gone for a while so this will do.

I don’t like Radiohead a whole lot (In Rainbows is pretty cool) but a few weeks ago I walked downstairs and my roommates were playing this album very loudly in the living room. “The National Anthem” began and that impossibly dense bass line just consumed the entire house. I sat down and let that weird song wash over everything, retired upstairs and listened to the rest of it from my bedroom. Not being totally sober probably helped. I still don’t know if Kid A is as perfect and unique and brilliant and earth-shatteringly immense as the entire world seems to insist, but I am happy that something clicked and I will take a nap to “How to Disappear Completely” any time.

3. The Market at Comcast Center

I kind of just didn’t know how to find this place.

My dad loves to tell me about how he grabs really solid deli sandwiches or sushi here whenever he’s in town and it used to make me jealous. I was in Suburban Station like three weeks ago, rushing frantically to find a restroom, when I stumbled across this immaculate food court. Since then I have eaten Panda Express at least once a week. 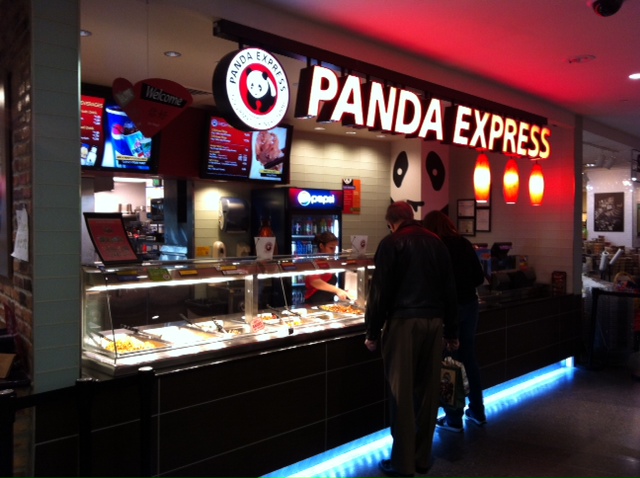 I know, this is very 2000 and late. I didn’t even knowingly hear “Royals” until March when I was visiting family in Miami. But I did a lot of walking around in parks this summer listening to Pure Heroine and now that association is burned into memory when I listen to it. Like a fingerprint. Lorde comes off as a way-too-cool middle schooler’s alter ego or something, daydreamed and sketched inside a notebook in homeroom, a bored teen’s response to a pop-music landscape populated by fembots. It’s really cool that she has blown up like this (who knew the market demand for introspection in a pop star was so high?) and Lorde will likely remain an important figure in the future. When I’m riding SEPTA and listening to this record, I like to imagine she is tiny and either in my pocket or riding on my shoulder.