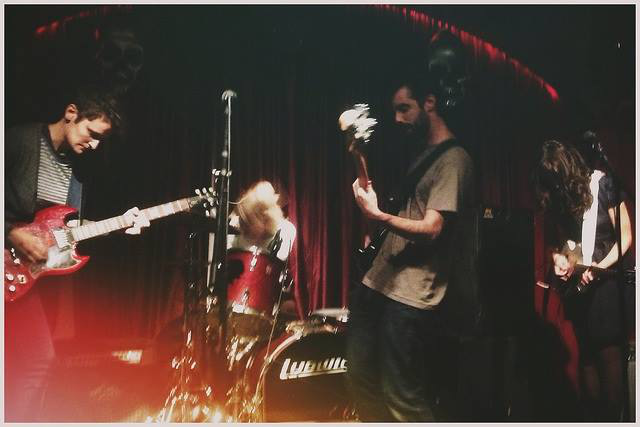 The post punk four-piece group features Katy Otto on drums, who also plays in the girl-punk duo Trophy Wife. Callowhill seems to be a change of pace for Otto, who has been playing in the Philadelphia punk scene for over five years (and is a vet of the DC scene going back another 10 years). Light drum grooves on instrumental “By the Time They Notice We’re Gone” are a 180 on her music style; the song feels like a rainy-day celebration.

Elsewhere, tracks like “Philly or the Seashore” capture the band’s hometown roots with dominating guitar riffs by Nikki Karam and Julia Gaylord. Pettit’s vocals and a catchy chorus on the surf-rock track “Rotations” set the upbeat feel that progresses throughout the EP. John Pettit’s bassline on this track showcase heavier punk roots that shyly fit their overall sound.

The lyricism in tracks like “Our Town” captures Callowhill’s outlook on Philly. Gaylord’s soft vocals are complimented by Pettit’s backing, creating a friendly-affair feel. “Gotta hold the sky up, gotta hold it up / this is how we’re holdin’ on in our town.”

Callowhill played its debut show at Eris Temple Arts in the fall, and also played Kung Fu Necktie in November with DC-based Warm Sun and acoustic indie-folk, The Feverfew.  Their debut album is on sale for $5 (or streaming for free via Bandcamp); it will be released on 7″ next month through Exotic Fever Records.