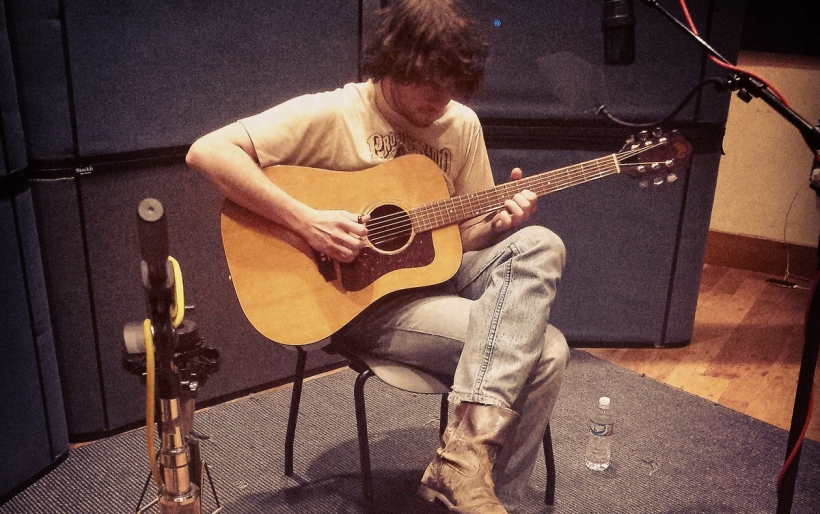 Throughout the year, you’ll be inundated by bloggers, curators, and personalities telling you that “so-and-so” musician is going to have a big 2015, keep your eyes and ears opened. Hype slingers. What separates Folkadelphia from them? Well, maybe conviction, maybe nothing. But check this out – I want to tell you about a guy, I want to tell you about Ryley Walker. Maybe my conviction, but definitely his music, can convince you.

Last year, Walker released All Kinds of You (via the notable Tompkins Square label), one of the most interesting and critically acclaimed albums of 2014. His inspired folk-rock sound pointed back to and pulled from heroes like Tim Hardin, Tim Buckley, Bert Jansch, John Fahey, and Jimmy Page. If this record had come out in the mid-60s, it might be placed side-by-side with Davy Graham & Shirley Collins’ Folk Roots, New Routes classic. This record came out in the present day though, and Walker is also only in his mid-twenties, a road warrior performer – seemingly always on tour, and a fixture in the American Primitivism revivalist and psych-tinged roots scene that’s been growing and evolving as of late.

Back to the ever present now, Walker is poised to shed his up-and-comer status and don something accolades a little more magnificent and fitting of his musical prowess. We’ll have to wait until the final day of March for his 2nd full length Primrose Green.

You don’t have to wait until then to start hearing songs off it though. Walker has already starting streaming the album’s title track. Now, starting today, you’ll also be able to hear live performance versions of a number of Primrose Green songs, as well as songs from All Kinds of You, that Walker recorded with your neighborhood friendly Folkadelphia crew back in June ’14. If these performances are any indication of what we might hear and see from Ryley Walker this year, you’ll be able to take my own hype slingin’ to the bank.

Check him out live in Philadelphia with Kevin Morby on March 14th at Boot & Saddle.