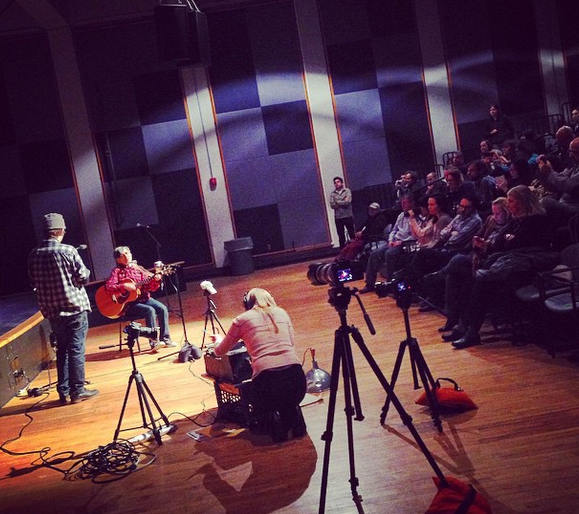 There was an ominous silence at the International House earlier this month as Joe Jack Talcum of Dead Milkmen prepared to play “Railroad Bill.”

On Jan. 15, the International House in Philly screened the documentary The 78 Project, a film in which New York-based folk music and field recording enthusiasts Alex Steyermark and Lavinia Wright traveled the states capturing performances by various musicians in gardens, bedrooms, and other non-traditional locations.

After the screening, the 78 project team did a live recording and pressing of Philly-based Joe Jack Talcum playing the Bob Dylan cover on acoustic guitar and harmonica. The video showcases the punk band guitarist’s take on this song and clips of the work behind pressing 78-records.

After his performance, it’s the first time you notice the audience as claps boom the open theater. As the 78 project crew plays the recording for the first time, a grin creeps up Talcum’s face, portraying the passion and inspiration that field recording leaves on an artist. The 78 Project tour continues tonight in Charleston, South Carolina; dates can be found here.