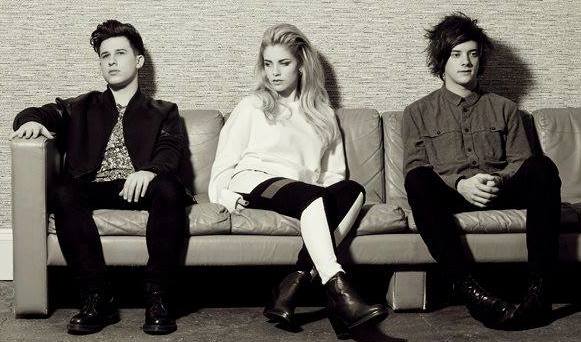 British electronic pop sensation London Grammar has made quite an impression on the U.K. If You Wait, their debut album released in September 2013, outsold the likes of Miley Cyrus’s Bangerz.

But the U.S. is increasingly warming up to the trio, even in blizzard conditions.

After the declaration of a state of emergency, a fairly large crowd still showed up to their Boston show (the fourth stop on their U.S. tour) on Jan. 26.

“I think this blizzard has been relatively interesting. This is definitely something we’ll go back and chat about when we get home,” guitarist Dan Rothman said while the band remained stuck in Boston, causing a rescheduling of their New York City show at Terminal 5.

the bus is stuck in Boston so we are walking to New York! See you tomorrow. #terminal5http://t.co/lteDKEGoio

“People were coming out and were really excited that we were still playing, and that was really lovely,” Rothman said of their Boston show. “It’s just been exciting to be here because I think, for us, it’s been a slow process in America. This is our third time here now, and every time there’s been a progression in the size of venue and the passion of the audiences.”

Rothman refers to this progression in America as “authentic.”

London Grammar is known for conquering an atmospheric sound, with lyrics that focus on the trials of youth. “Don’t you know that it’s only fear/I wouldn’t worry, you have all your life/I’ve heard it takes some time to get it right,” Reid croons on “Wasting My Young Years.”

Although they are still in their young years, the trio has played major gigs like the Glastonbury Festival this past summer. Rothman says they still enjoy playing smaller venues, noting that their past/first stop in Philly was their favorite of that tour.

“I don’t really know why, sometimes it just happens like that, just from the people in the city or the general vibe that you encounter” Rothman said. “We’ve always had a very positive experience in Philadelphia.”

Catch them playing at the Electric Factory tonight, where Rothman will be playing a Fender Strat lent to him for the tour.

“I was going to buy the guitar, initially, but the color of the guitar is bright red. It’s almost pink,” Rothman said with a laugh. “It’s worth looking like a total idiot because the guitar is actually quite nice. I don’t succeed at looking that cool most of the time, so having a pink guitar probably makes it slightly worse, but it’s fine. I’ll just get on with it.”