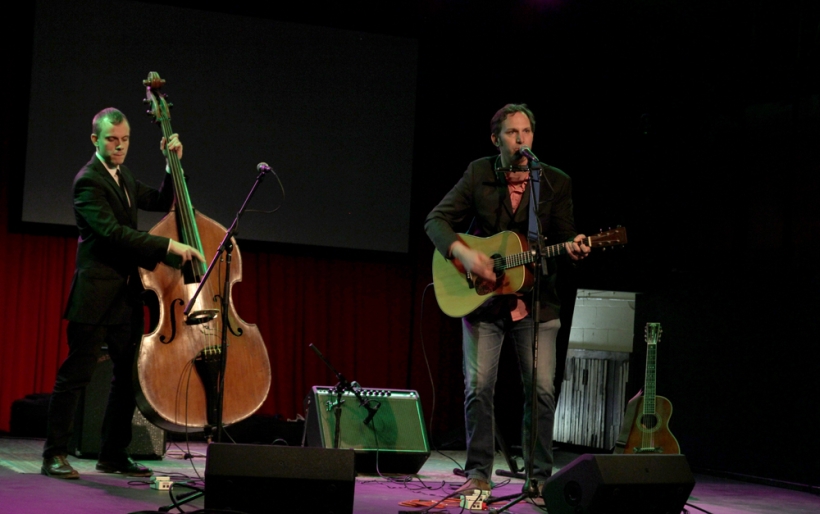 If you look at her Patrean page, she is a self-described “songwriter, performer, jazz geek, pop enthusiast, and thoughtful hedonist.” Read her bio to learn that she is “an unschooler, a sex blogger, and a Lindy Hopper.” Check out her blog to find her “thoughts on love, sex, music and ferocity.” She lives in a pink house just outside the French quarter of New Orleans with a studio out back called The Watermelon. Her genre on Facebook is “the good kind,” and has been praised by reputable sources like Washington Post, USA Today, OffBeat Magazine, and even John Oates…just to name a few.

There’s no denying that chic singer songwriter Carsie Blanton has a flare of all her own. And the amount of purity and musical depth she brings to a stage is nothing short of entrancing. Thursday evening, Blanton and her touring entourage brought some New Orleanian warmth to a bitter Lancaster winter at the wood trimmed Irish pub Tellus 360.

After a brief yet endearing introduction by Blanton, Milton opened up the stage with “Blue Ridge Mountains.” With a sound reminiscent of Jack Johnson’s man-and-his-guitar groove, and a jazz induced-back up by upright bassist Joe Plowman, Milton creates rhythm based soundscapes that you can enjoy getting stuck in your head for hours. Freestyle, whimsical lyrics to explain the difference between confessional songwriters and himself, Milton admits “But that last song is an exception to the rule. It is directly from the pages of my journal.” Referring to his original “Her Place Uptown,” Milton got the crowd to chuckle after recapping a past relationship which had very little connection aside from the nice apartment she had in New York. Keeping the air light, Milton continued to eccentrically tell stories and inspirations for each song he played until finishing his set with “Country Wife” off of 2013 release The Lady at the Bottom of the Hill.

A vision in black with two-inch pink heels, Carsie Blanton took over the stage with the charming demeanor of a daisy. This was my first time seeing Blanton and when I saw her at the mic, I expected her to have an airy voice with a cute vocal range, almost like Lenka or Kat Edminson. I, in fact, was blown away by the rich quality and full tone of her voice over simple chord progressions and charismatic lyrics. Plowman’s transcendent bass lines made each jazzy undertone more apparent as Blanton seamlessly mixed in touches of pop progressions.

With each song’s segue, from when she toured with a band she never met and became infatuated with the already taken hot drummer to preparing the crowd for the F-bomb in an anti-love, revenge song, Blanton’s undoubted moxie gave her daisy-like demeanor quite a bit of spunk. Constantly inspired by the affairs of love and all of its forms, Blanton asked the question, “If my heart were a character, what would he be like?” Explaining her inspiration to write “Idiot Heart” off of her 2012 same-titled album, she told the crowd, “I don’t know why my heart’s a dude, but he is. He would be stumbling around. Bumping into things. Making mistakes… He kinda reminds me of Mr. Magoo.” The rest of her set touched every one of her albums, featured two songs fresh off the presses, and even invited Milton back to the stage to help recreate the Nat King Cole classic, “Now He Tells Me.” Nothing short of phenomenal for a modest crowd, Blanton finished out the evening with an encore of “Itches and Tugs.”

Carsie Blanton fully believes that “music is magic, and everybody needs it.” Check out her newest releases on her Patreon page for a pay as you will price. Reminisce by taking a look at the setlists and photos below. 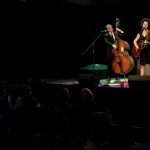 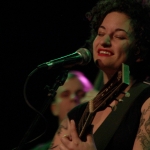 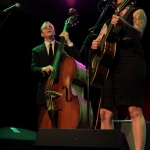 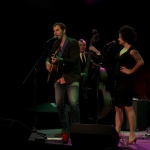 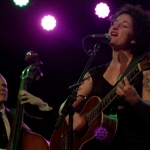 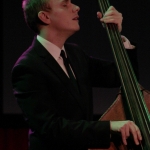 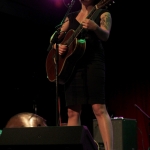 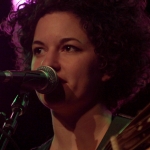 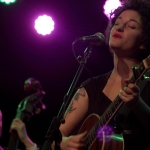 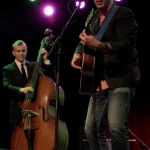 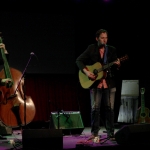 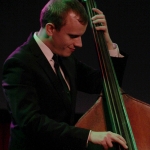 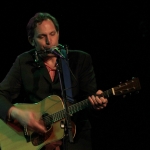 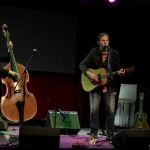 Milton Setlist:
Blue Ridge Mountains
Her Place Uptown
Fly In The Night
Ain’t Been The Same
Whole Lotta Pain
Love of the Common People
In The City
Country Wife