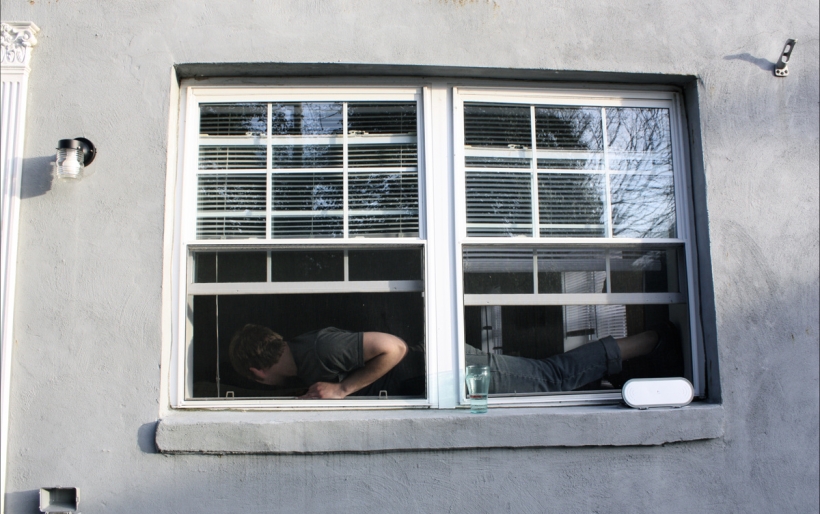 When the new year started, Singer-songwriter Ben Hughes announced a project that would portray his older self. He decided to release an album each month of 2015, consisting of lo-fi solo material he recorded from 2005 through 2012.

Hughes released I Never Meant to Come Off That Way in January, a deliciously dark compilation of material recorded during the winter months of 2010 and 2011.

This month’s release, No Dial Tonefinds Hughes in May 2010: a year out of college, “semi-jobless” and entrenched in the subsequent stresses of rent and bills. Like January’s release, No Dial Tone was recorded solely with Garageband, a USB Mic Mate and an Audio Technica condenser mic. Hughes later worked with bandmate Ryan Buzby (of A Little Affair and Night Windows) to mix and master the tracks.

Tracks like “When Will I Be Ok?” have post-graduation blues written all over them, but Hughes seems to find a way to tie his words into a larger, existential frame, channelling the likes of Elliott Smith. The final track, “Starting New,” one of the album’s more catchier bedroom pop tracks, leaves us wanting to know where the former-Hughes will go next, with Hughes crooning, “I’m a candle in the driver’s seat/ with the windows down, and my flame is flickering/I want to burn ’til there’s no more wax left/’cause this life can only be lit once.”